Chryses persuading Apollo to send the Plague upon the Greeks 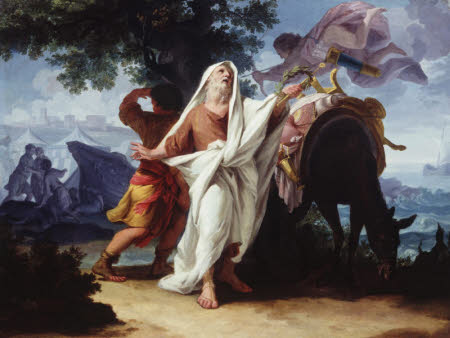 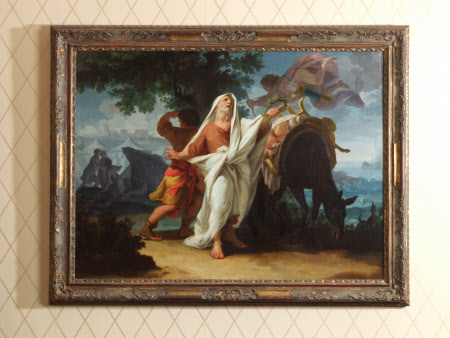 Oil painting on canvas, Chryses persuading Apollo to visit the Plague upon the Greeks or Chryses's Prayer to Apollo or attributed to Jacopo Alessandro Calvi (Bologna 1740 - Bologna 1815). The central figure of Chryses holds a wreath and staff in his raised left hand. A winged figure draws a bow to shoot an arrow at the tents of the Greeks which are in the left background. A figure standing behind Chryses looks behind him towards the Greek tents. Beneath the winged figure a laden horse is grazing. According to Greek mythology (in the actions described prior to Homer's Iliad), after Agamemnon had kidnapped the daughter of Chryses and refused him her release, Chryses prayed to Apollo, and he, in order to defend the honor of his priest, sent a plague sweeping through the Greek armies. Agamemnon was forced to give Chryseis back in order to end it.