David kneeling in his Palace before the Prophet Nathan 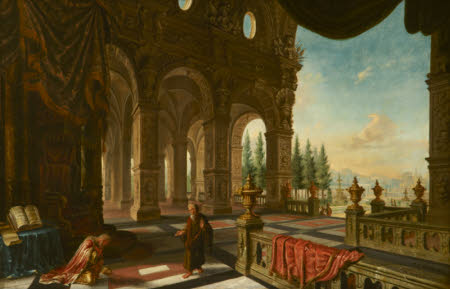 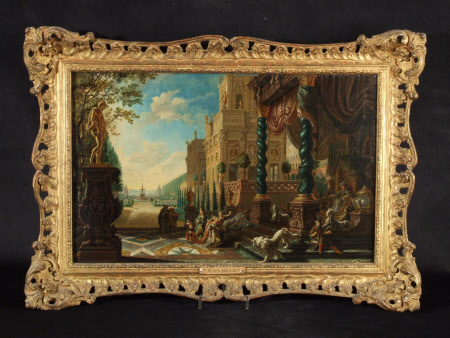 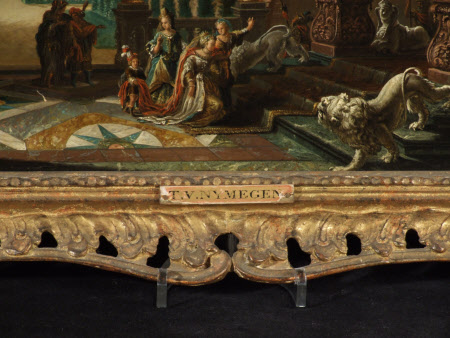 Oil painting on copper, David before the Prophet Nathan by Tobias van Nijmegen (b. Nijmegen c.1665), signed, far lower right: T. V. NYMEGEN. According to the biblical story in the Old Testament, 2 Samuel 11-12, Nathan, a court prophet, came to David to reprimand him over his committing adultery with Bathsheba while she was the wife of Uriah the Hittite whose death the King had also arranged to hide his previous transgression. Bathsheba had fallen pregnant and David later married her but the baby only survived a few days.