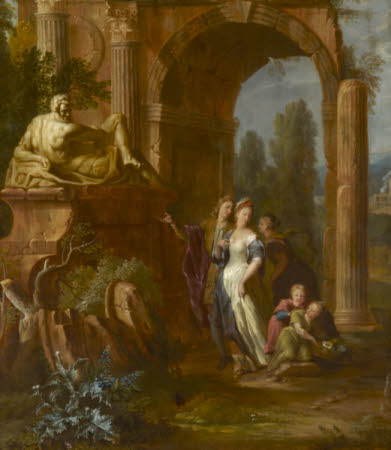 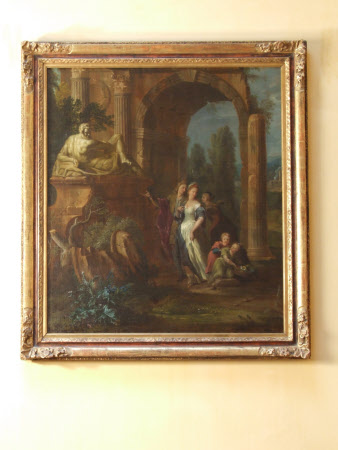 Oil painting on canvas, A Couple admiring Michelangelo's 'Giorno' among Classical Ruins, Flemish School, early 18th century. A young man and a woman among classical ruins admiring the 'Giorno' from the tomb of Guiliano de'Medici by Michelangelo in the Medici Chapel, San Lorenzo Sagrestia Nuova, Florence with a maidservant behind, and two children with a flower basket. The background is composed of a ruined triumphal arch with Corinthian columns.