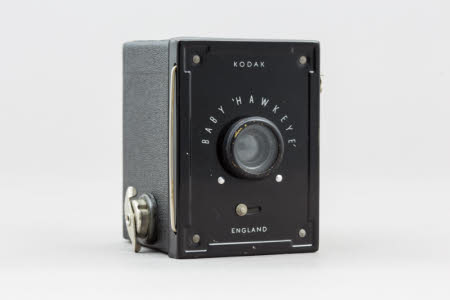 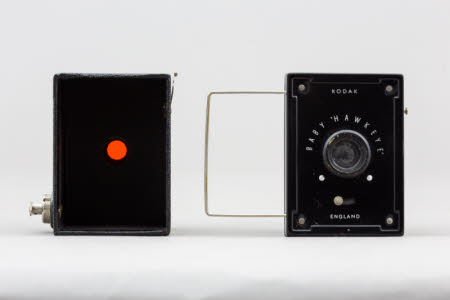 A Kodak Ltd. Baby Hawkeye camera, manufactured around 1936. The back part of the camera is of cardboard construction covered with black leatherette. The black metal front, comes away from the back to reveal the film spools. A pull-out wire frame finder is at side front of camera. At back is the red film window, with winder to the side. Markings: Name and place of manufacturer, and camera model are inscribed in white on front. Instructions for loading 127 film are marked in white on inside front.