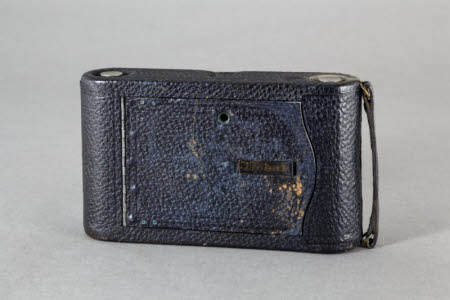 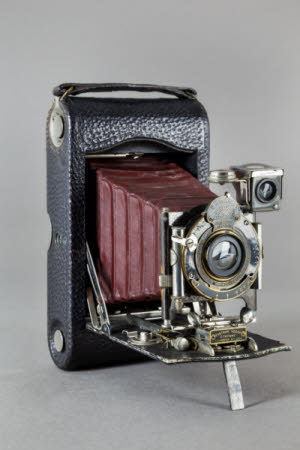 A Kodak no 3 folding pocket rollfilm camera Model G, fitted with a RR US4 lens and an automatic shutter. The shutter has T,B and five speeds. The plate on the shutter says 'Kodak Automatic, patented May 7, 1907.' The camera has a rising front facility. The aperture shows the US scale 4-128. The lens mount has the label 'Made by Eastman Kodak Co, Rochester, NY, USA' The body is metal covered in black leatherette. The bellows is red leather and there is a rotating viewfinder with a spirit level. There are chrome rails and fittings. Patent dates are inside the rear cover. The manufacturer's plate reads 'Eastman Kodak Company,Rochester, NY, U.S.A.'