Niagara and its great cloud of rising Spray - from the distant tower, U.S.A 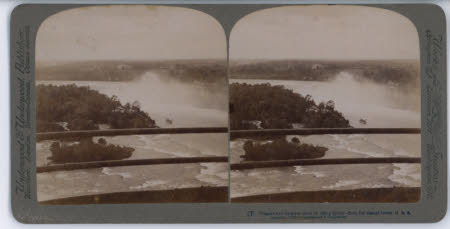 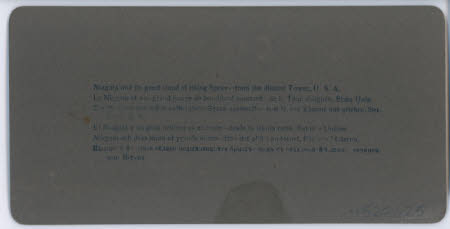 Part of the Fenton Collection. A gift from British Film Institute in 2017. From 1986-1999, part of BFI collection for the Museum of the Moving Image. BFI purchased collection in 1986 from James Fenton's Museum of Photography, Port Erin, Isle of Man 1976-1986