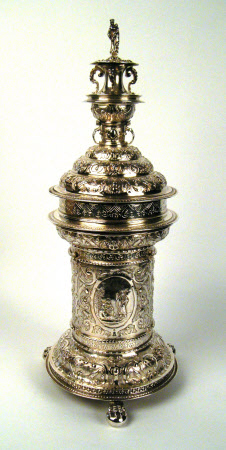 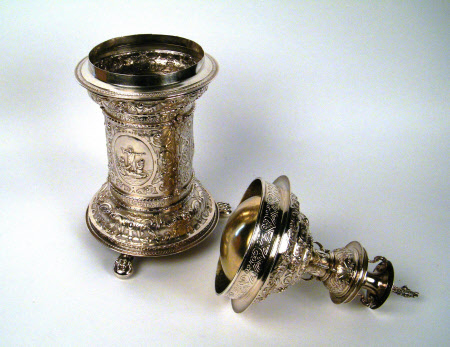 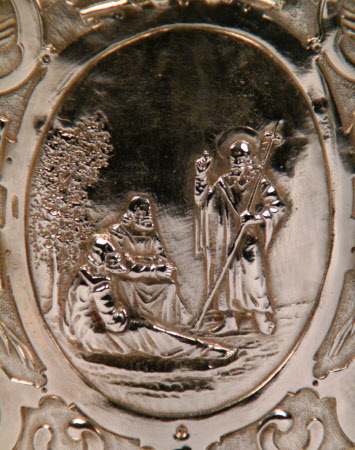 [Saved] German Elizabethan style parcel-gilt silver covered standing salt with pseudo French marks. Spool shaped, raised on ball and claw supports, headed strapwork incorporating masks, birds and enclosing three scenes from the life of Christ. The salt was given to Violet, Countess of Onslow to commemorate her role as Commandant of teh Clandon Park Hosptial and Broom House Auxiliary Hospital from 1915 until 1919.

On base: 'To Violet Marcia Catherine Warwick Countess of Onslow, CBE ARRC. Lady of Grace of the Order of St John of Jerusalem in England, Commandant of the Clandon Park hospital, which during the period from Oct.14, 1914 to April 1, 1919, received 5069 patients directly from the fronts in Flanders, France and Turkey, drawn from the Belgian, French and British Armies and from the Canadian, Newfoundland, South African, Australian and New Zealand contingents of the latter. Also commandant of the Broome house Auxiliary Hospital to Clandon Park from December 15, 1915 to April 16, 1919.'