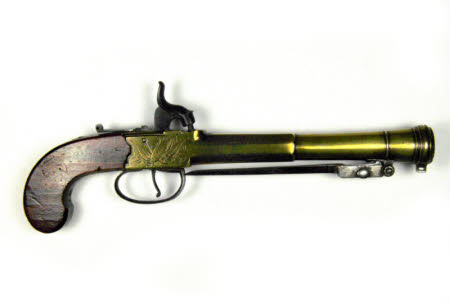 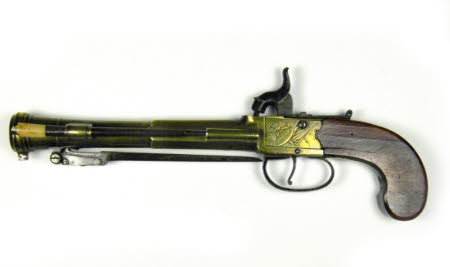 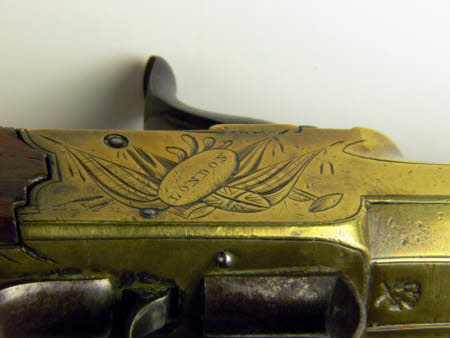 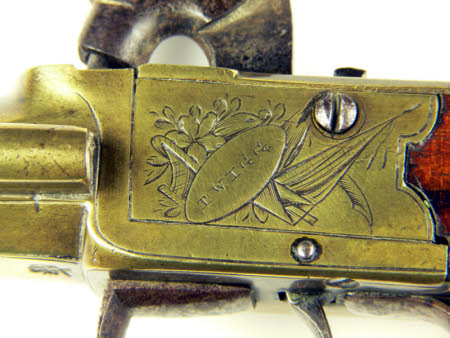 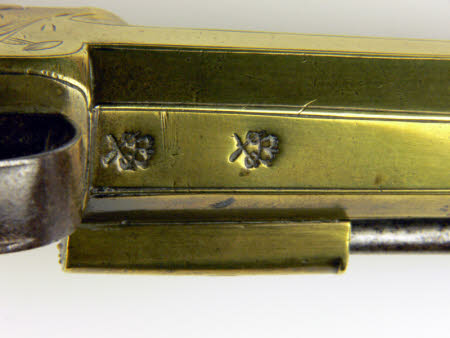 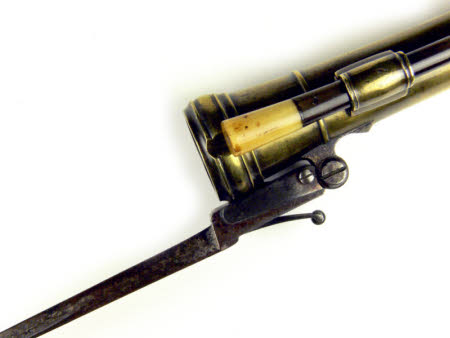 Blunderbuss pistol, c1780, by John Twigg, London (1732 – 1790), originally a flintlock but converted to the percussion system c1830. Brass box-lock body with integral barrel of cannon form, with flared and ringed muzzle. The barrel formed in 2 stages, octagonal at the breech, then round to the muzzle. The underside of breech stamped with Private London proof marks of the Tower of London (crossed sceptres & Crown). On the underside of barrel is a folding steel bayonet of triangular cross-section which is released by pulling back the trigger guard. The bayonet locks into place by a sprung catch. A whalebone ramrod in 2 small retaining pipes is mounted on left side of the barrel. It has an iron worm and a horn tip. The box-lock frame of the pistol is engraved on each side with a stand of arms motif and is signed TWIGG, LONDON. A sliding safety catch is mounted on top of frame behind the cock which locks the hammer (part removed when converted to percussion). Scroll form trigger and sliding iron trigger guard. Barrel length: 18.8cm. Muzzle diameter 22mm. Walnut grip of slab sided form. Overall length: 32.5cm

Made by Gunmaker John Fox Twigg, LondonPurchased in 1986 with the aid of a grant from the V&A Museum Purchase Grant Fund and the Monument Trust