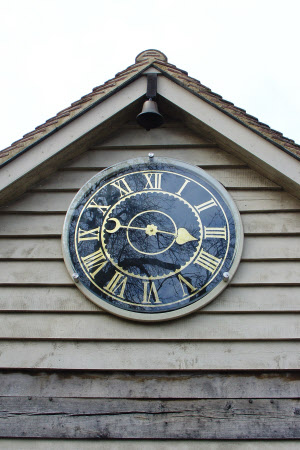 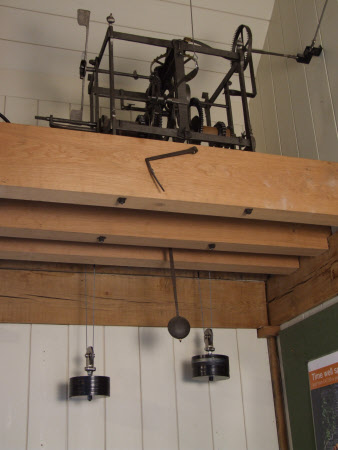 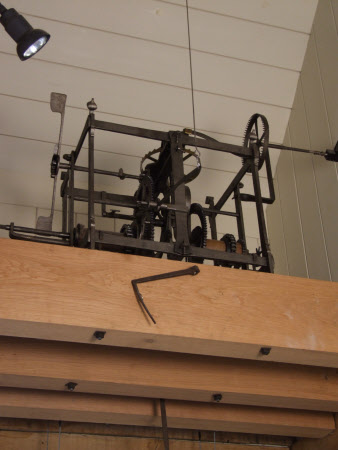 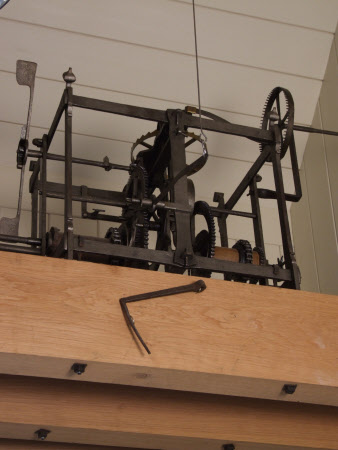 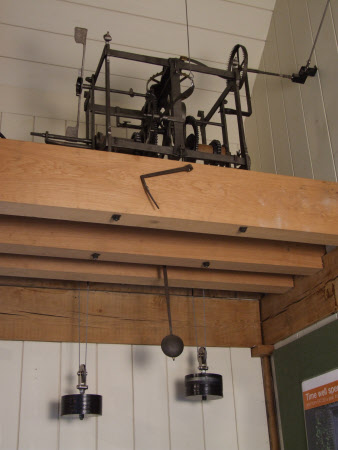 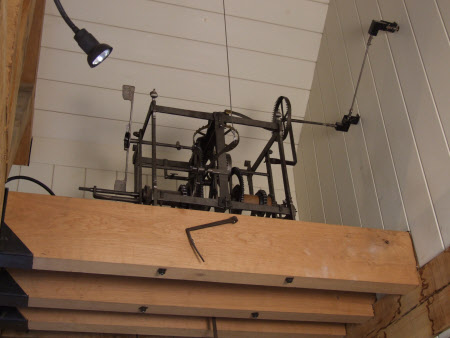 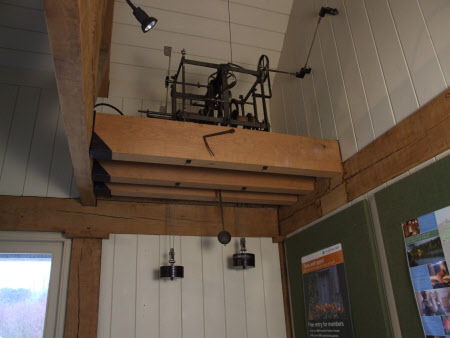 [Saved] Early 17th century turret clock. Known as a 'cockle-shell' clock because of the distinctive cockle-shell punch mark in the mechanism. Contemporary with Sir Richard Weston's house at Clandon Park (before 1641), adapted to take a pendulum c1675. Dial probably 1814; replacement bell removed from the 'Capability' Brown designed coach house and stables at Temple Court, which were demolished in 1972. This turret clock relates to five others, including one from Cassiobury Park now in the British Museum (1964,0203.1) and the Dover Castle Clock in the Science Museum. The pendulum, which was made by the British Museum in 1970, was salvaged from the house (where it was temporarily having been returned after repair), after the fire, 2015 and conserved and repaired in 2020.