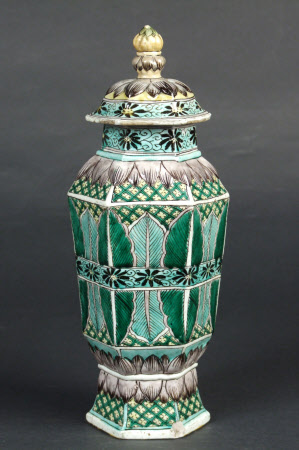 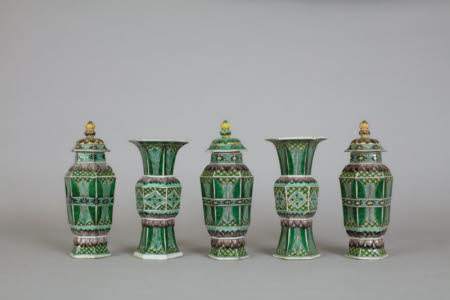 [Saved] Cover, from Hexagonal vase and cover. From a biscuit garniture de cheminee comprising three vases and two beakers; all enamelled in tones of green, aubergine and yellow, with borders of stiff leaves, flower scrolls and diaper pattern between bands of moulded lotus petals. K'ang Hsi, Famille verte. Note: A similar three-piece garniture, two beakers and a jar, were sold out of Clumber Park, Worksop, Nottinghamshire, under the will of the 7th Duke of Newcastle, Christie's, 9 June 1937, lot 23