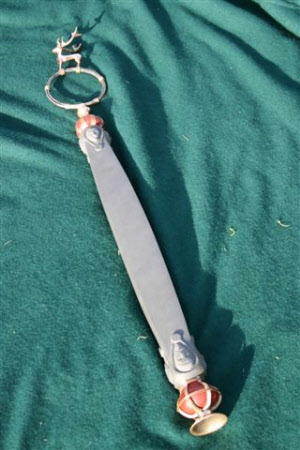 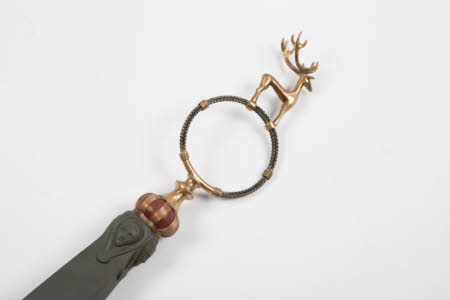 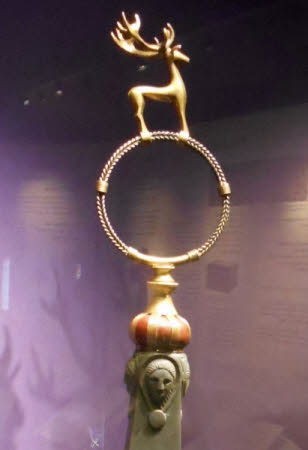 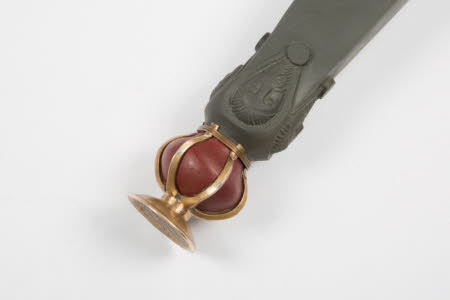 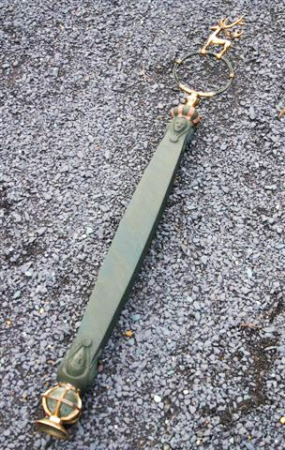 This replica sceptre was made using the materials and methods employed in the creation of the original. It provides a vivid impression of how the original would have appeard when crafted in the 7th century. The sceptre is a unique and enigmatic object, possibly a symbol of kingship. It has been suggested that the carved relief faces that adorn it depict ancestors or gods.

A high-quality reconstruction of the Anglo Saxon sceptre from the Sutton Hoo ship burial. Stone and metal. Interpreted as both a whetstone for sharpening swords and as a sceptre. The whetstone rod has four human faces carved into it at each end. One end was mounted with an iron ring with a bronze stag on top. A whetstone is linked to the idea of a powerful lord providing swords as rewards to his loyal warriors. Whereas sceptres were symbols of authority in the late Roman period. So this piece functioned as a symbol of power reflecting both Anglo Saxon and Roman identities. The Ansell-Roper replica.