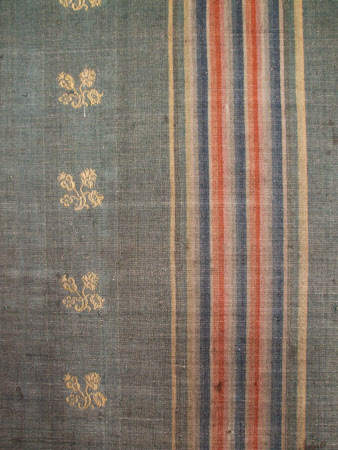 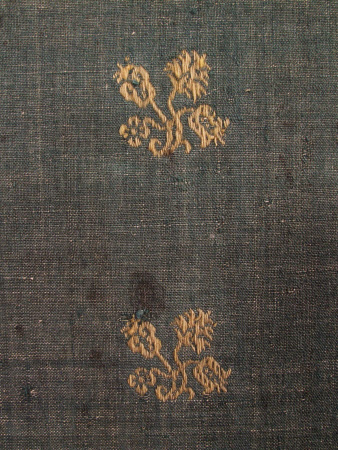 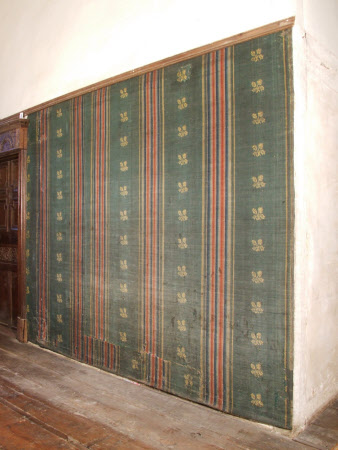 Dornix was a cheaper alternative to panelling or tapestries but still served as insulation. This dornix was woven in the Low Countries in the early 17th century; its striped pattern design would have hung in several rooms of the house, however, today it can only be seen on the Fettiplace Lobby.

One of two panels of early 17th c 'dornix woven woollen wall hangings of striped design in ten colours of blue, green and red, with yellow sprigs of flowers. The remaining fragments of a fabric used as wall hanging in several rooms in 1633. International Wool Secretariat sugges Lincoln wool (1994). Some losses, and worn along lower edge.

1633 - Chamber Over the Kitchen; D'Cors Chamber