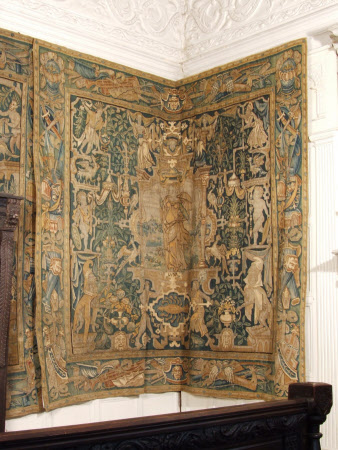 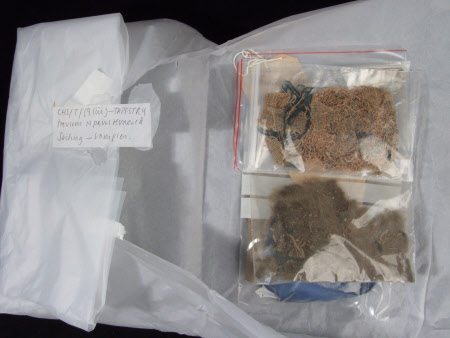 Tapestry, wool and silk, 4 warps per cm, Luna from a set of Planetary Gods, Oudenaarde, c. 1570-1590. The main field of the tapestry is filled with grotesque decoration surrounding a central cartouche with a figure of the goddess Luna (Diana). Below is a smaller cartouche with a crab, which represents the star sign Cancer. The surrounding grotesque decoration includes small figures, exotic birds, snails, leopards wearing cloaks and putti carrying shields, arranged among strap work and flowers. The borders of the tapestry are filled with military trophies, weapons and armour.