Bacchus and Ariadne (after the Antique) 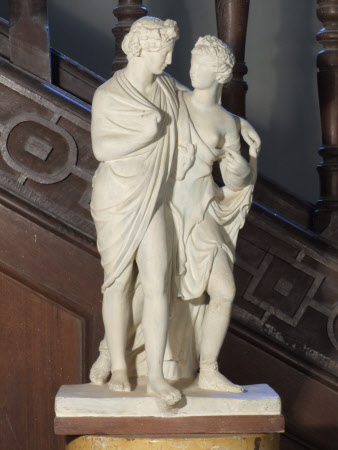 Plaster sculpture with integral square base and wooden plinth, Bacchus and Ariadne (after the Antique), attributed to Sir Richard Westmacott RA (London 1775 - London 1856), late 18th century to early 19th century. A piece-moulded plaster maquette of Bacchus and Ariadne.The figures are walking forward together, crowned with vines, his arm round her shoulder. Break through her left leg, ankle and plinth. After the marble once at Marbury Hall, Cheshire and now in Boston Museum of Fine Arts, called Dionysus or Priapos and a Maenad (Roman, Imperial Period, about 1st–2nd century AD) .