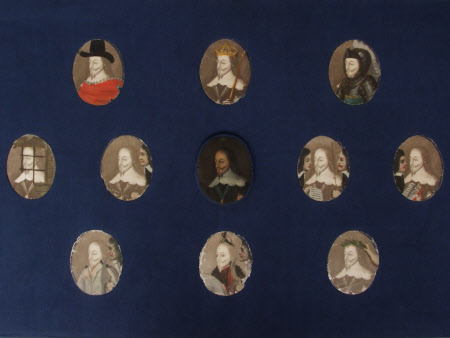 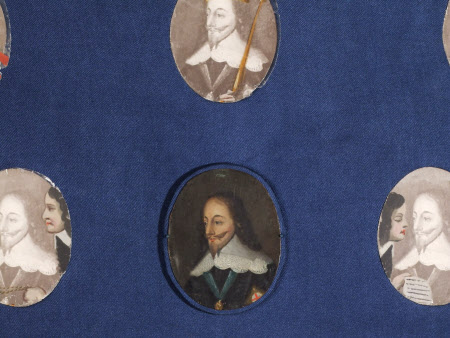 This incredibly personal object was made in France during the 1650s and would originally have belonged to a Royalist supporter. Pieces of painted mica (silica) would be placed over the miniatures that tell the story of Charles I's life, from his coronation through to his trial and execution. This item may have been given to the family at the same time as the Juxon Bible.

A portrait miniature of King Charles I Bust length, with 16 mica slips, painted with scenes of the King's trial and execution (7 slips missing).

Found inside 2nd cupboard, upper right. Could this be part of the group Carolinian memorabilia given by the descendent of Archbishop Juxon to the Jones brothers at the beginning of the nineteenth century?