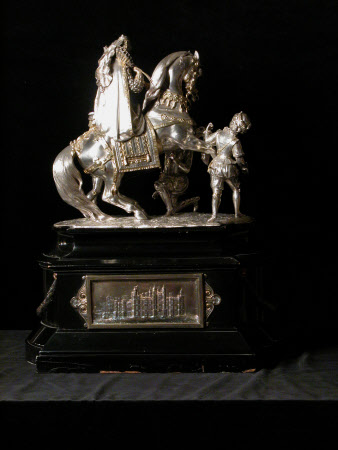 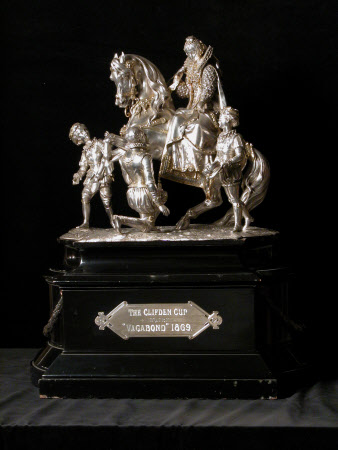 Equestrian figure. A Victorian parcel gilt equestrian group of Queen Elizabeth I with two attendant pages and a kneeling courtier (Cecil), on a massive ebonised plinth with two silver plaques, one depicting Burghley House, the other inscribed 'THE CLIFDEN CUP/WON BY/'VAGABOND' 1869' with laurel garlands.

Acquired by the National Trust in 2002/2003 as part of the Acceptance in Lieu scheme.