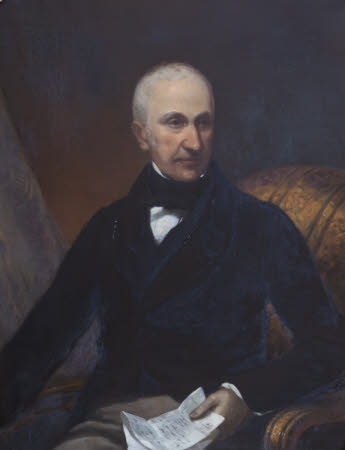 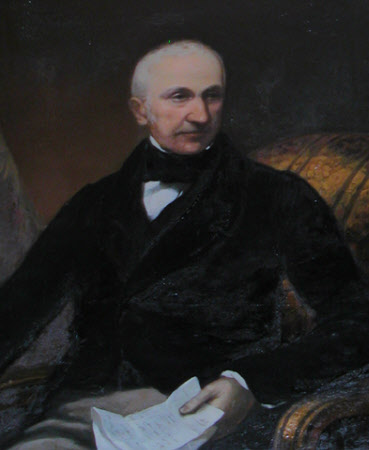 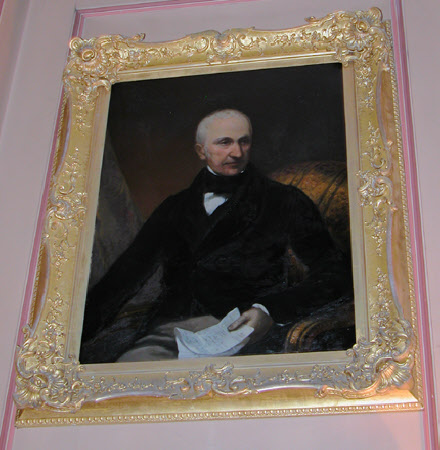 The sitter was the son of the Earl Bishop of Bristol, whom he succeeded as Lord Bristol in 1803. In 1826 he was created Marquess. He married Elizabeth, daughter of Lord Templetown, and their daughter, Lady Sophia Hervey (1811-63) (of whom there is also a portrait at Felbrigg), married William Howe Windham (1802-54), who owned Felbrigg. From 1801-3 the sitter was Secretary of State for Foreign Affairs, following the resignation of Pitt and William Windham III. The portrait may be a posthumous copy.

An oil painting on canvas of Frederick William Hervey, 1st Marquess of Bristol, MP, FRS, FSA (1769-1859) from the British (English) School in the mid 19th century. It is an half-length portrait of an elderly man who is turned to and is gazing to the left. He is dressed in black, seated and holding a paper. He was the son of the Earl-Bishop of Bristol and Derry. and father of Lady Sophia (Hervey) Windham. This may be a posthumous copy.