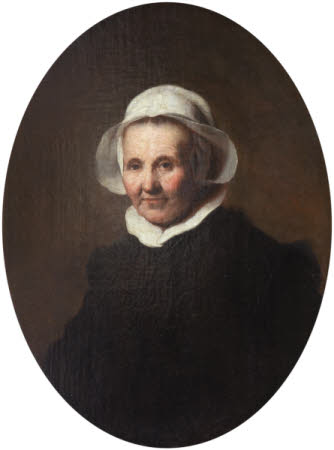 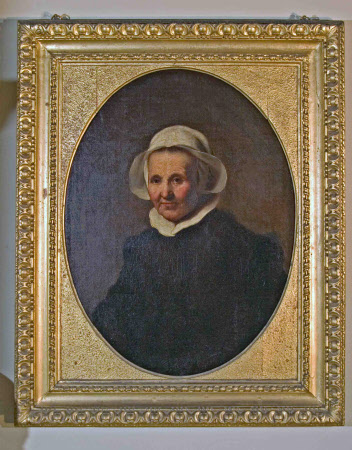 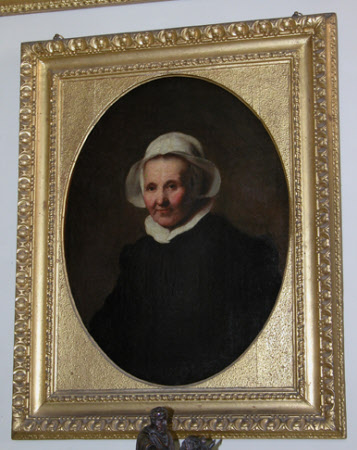 This picture was once thought to be an autograph picture by Rembrandt, of his mother, but is, in fact a copy after the original, which was formerly in the Coesvelt collection in London, and then in owned by the Rothschilds. The handling of the Felbrigg picture suggests that it is English, and later than the original.

Oil painting on canvas, An Old Lady in a White Cap, possibly Aeltje Pietersdr. Uylenburgh (c.1570-1644), the Wife of Johannes Cornelisz. Sylvius (1564-1638) (after Rembrandt), British (English) School, early 18th century. An oval, framed half-length portrait of an old lady turned to the left and gazing at the spectator in a white cap and black dress. A copy of a picture of 1632 formerly in the Rothschild Collection in Paris. Recorded at Felbrigg in 1764, when it was thought to be a genuine picture by Rembrandt of his mother.

Recorded Part of the Windham Collection. The hall and contents were bequeathed to the National Trust in 1969 by Robert Wyndham Ketton-Cremer (1906-1969) at Felbrigg in 1764 as Rembrandt;