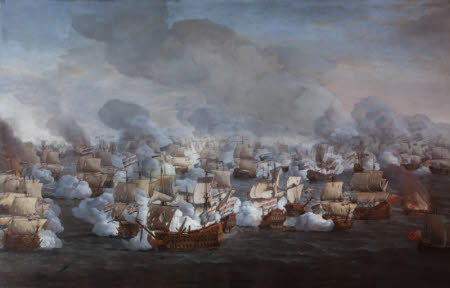 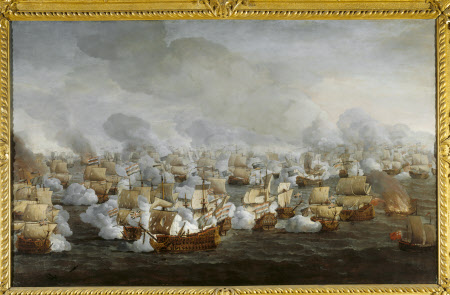 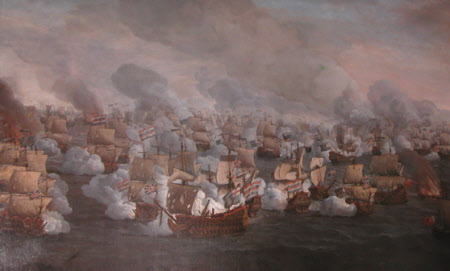 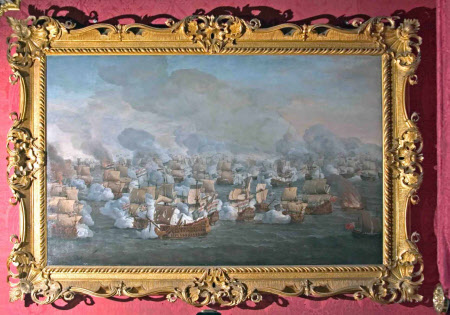 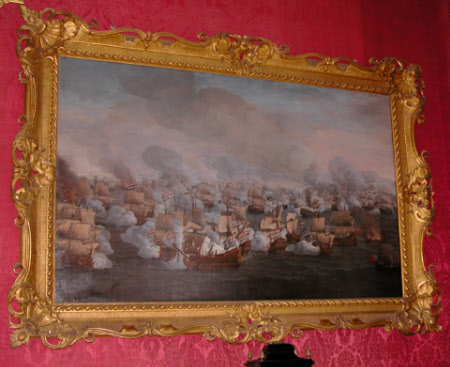 The marine pictures at Felbrigg were almost all collected by William II Windham (1717-61). According to a fellow-member of the Genevan ‘Common-Room’, Richard Aldworth, Windham ‘could and did build vessels, and navigate them himself.’ Hence, perhaps, his preference for scenes that showed ships at grips with strong winds, over the calms for which Van de Velde the Younger was more celebrated.

Oil painting on canvas, The Battle of the Texel (Kijkduin), 11/21 August 1673, the Engagement of the Two Fleets by Willem van der Velde the elder (Leyden 1611 – London 1693), signed; W. V. Velde, circa 1673. The engagement of the two fleets; vast concourse of English and Dutch vessels in conflict enlivened by smoke. This painting shows the moment of Dutch victory at the Battle of the Texel (Kijkduin), the last major sea-fight of the three Anglo-Dutch wars with the French on the side of the English. It shows the moment just before Spragge transferred his flag from the Royal Prince (in the left foreground, with only her foremast standing) to the St George (at the left with a blue flag at the main); close to starboard of the Prince is the Gouden Leeuw. A version of this painting is in the Rijksmuseum. Amsterdam.