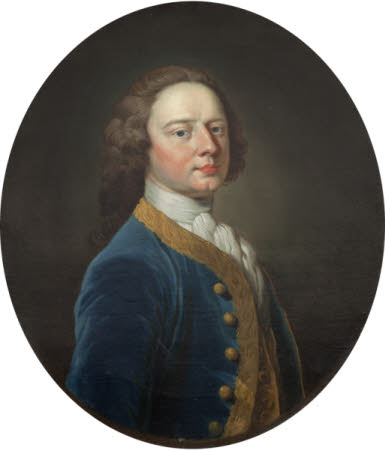 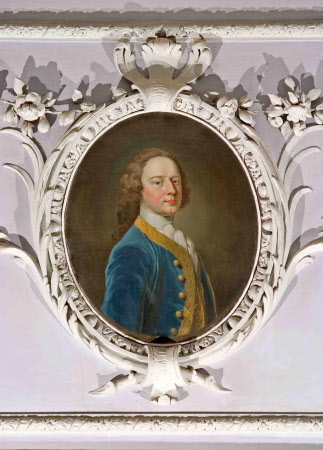 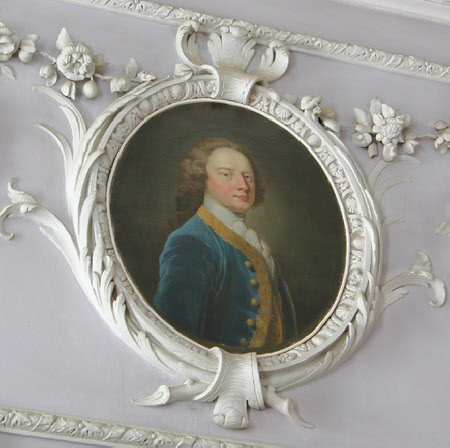 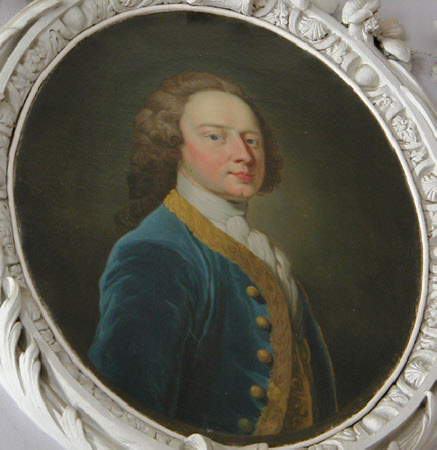 Captain Charles Windham was a swashbuckling hero, who first went to sea in 1723 to drive pirates out of the Caribbean. He most distinguished action was the burning of two ‘Sallee Rovers’, or Barbary Pirates, in Mogador Bay in May 1734. There is a painting, also at Felbrigg, by Richard Paton, which commemorates this action. The sitter was the younger son of Colonel William Windham (1674-1730) of Earsham. His uncle, Ashe Windham (1673-1749) was the owner of Felbrigg.

Oil painting on canvas (oval), Captain Charles Windham (d.1747) attributed to Enoch Seeman the younger (Gdańsk c.1694 – London 1744). A half-length portrait of a man, turned to the right, gazing at the spectator, wearing a blue coat turned to his right in a carved oval frame. Younger son of Colonel William Windham of Earsham, and nephew of Ashe Windham and of James Windham.