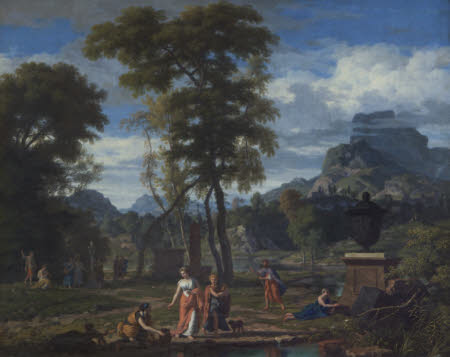 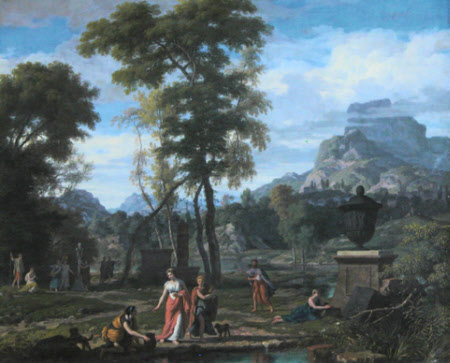 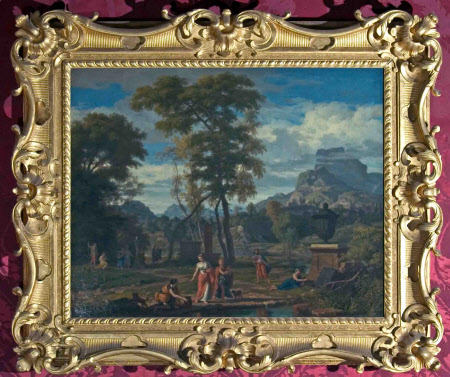 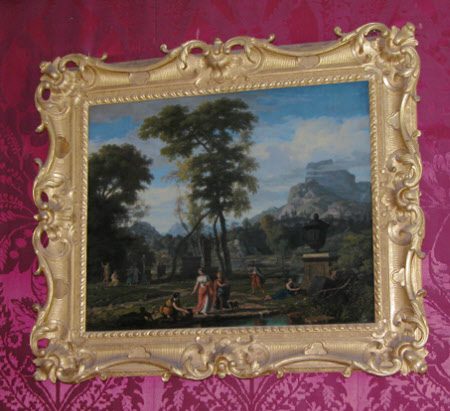 Glauber was a Netherlandish artist who produced classicising landscapes, having spent four years in Italy. It is probable that Windham acquired this picture and its pendant there, rather than in the artist’s native Dutch Republic. Glauber also had a younger brother, Jan Gottlieb Glauber, who accompanied him to Italy, but subsequently worked in Austria and Silesia (the family was of Germanic origin). The works of the two have never been properly distinguished from one another, and the form of signature on this picture, and its pair, could suggest a collaboration between them.