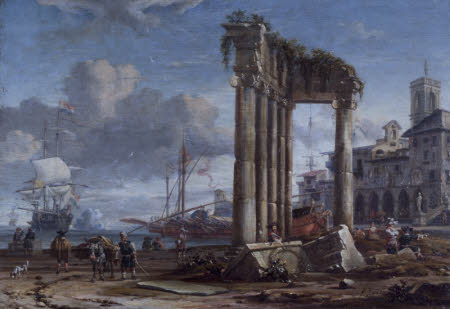 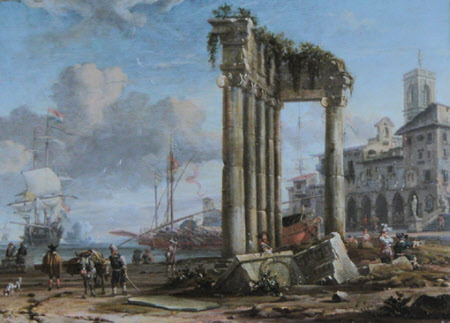 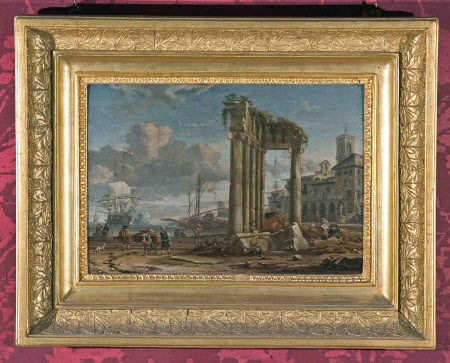 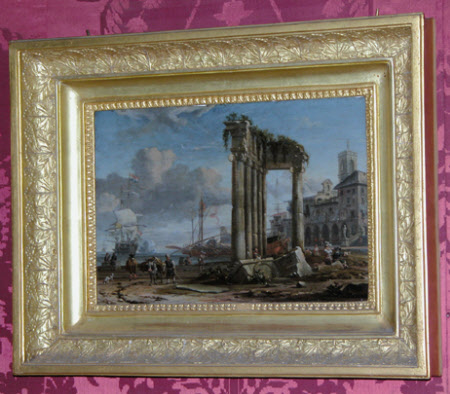 Leghorn - or, to give it its Italian name, Livorno - was the seaport of Tuscany, noted for its galleys (one of which is seen in this picture) manned by convicts. It is not certain that Storck had ever even visited Italy. This certainly seems to be a capriccio (fictional view), but no model for it has been identified. Its pendant, depicting the harbour at Valletta, is also at Felbrigg.

Oil painting on panel (oak), Capriccio of Leghorn by Abraham Storck (Amsterdam 1644 – Amsterdam 1708), inscribed A. Storck. Fecit, circa 1673. Some columns and cornice of a ruined temple centre right, arcades to right, church behind and shipping to the left, signed. Gilt framed. Companion to P/39. Livorno was noted for its galleys manned by convicts.