Three Ships in a Squall 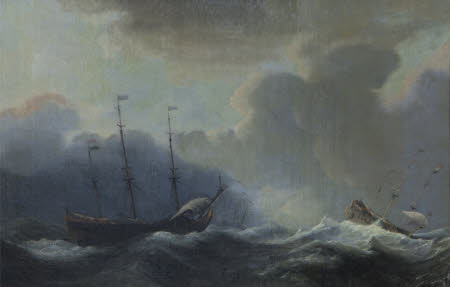 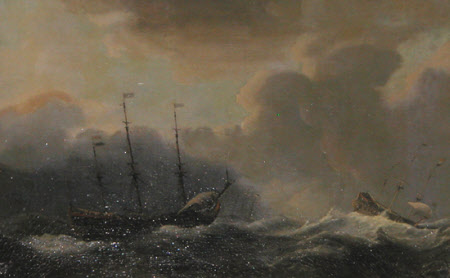 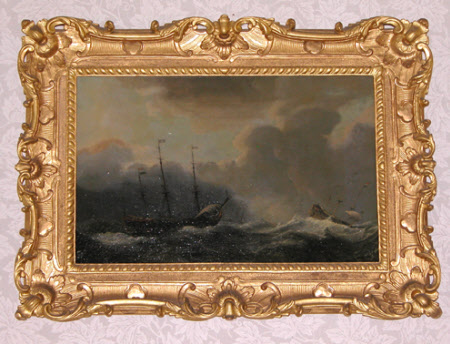 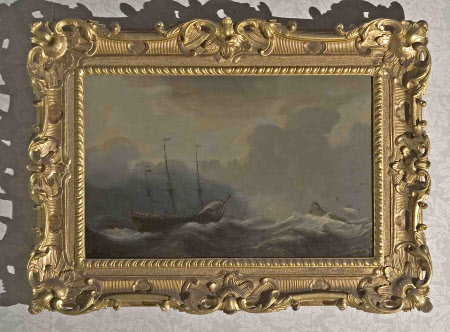 The marine pictures at Felbrigg were almost all collected by William II Windham (1717-61). According to a fellow-member of the Genevan ‘Common-Room’, Richard Aldworth, Windham ‘could and did build vessels, and navigate them himself.’ Hence, perhaps, his preference for scenes that showed ships at grips with strong winds, over the calms for which Van de Velde the Younger was more celebrated.

Oil painting on canvas, Three Ships in a Squall/ Dutch Flagships running before a Gale by Willem van der Velde the younger (Leyden 1633 – London 1707). Three war vessels, two in foreground being violently tossed on a rough sea below a grey and lowering sky. Signed 'WVV' on a tub at bottom left corner. Maritime painting.