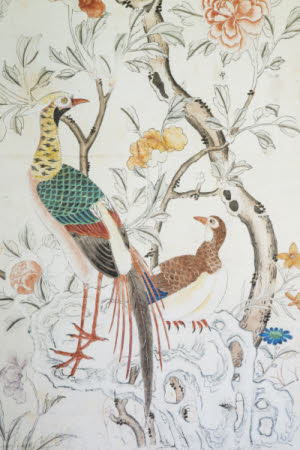 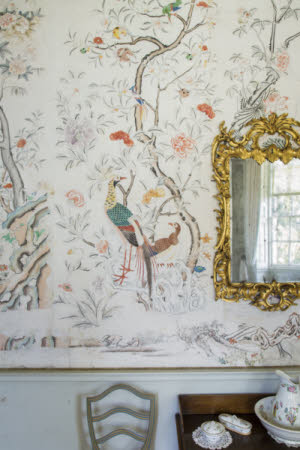 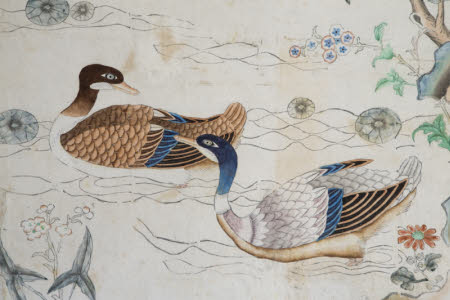 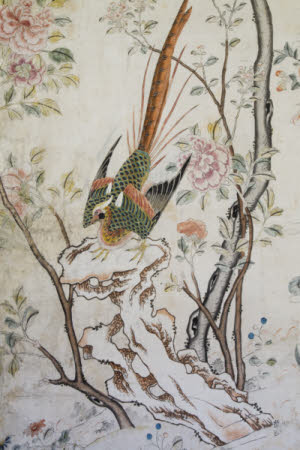 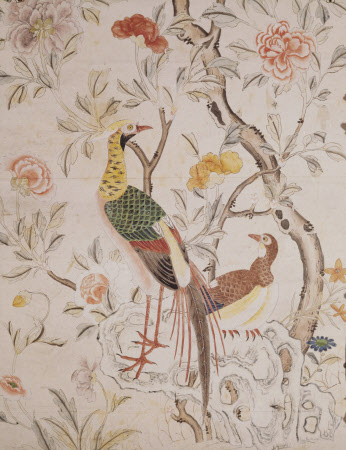 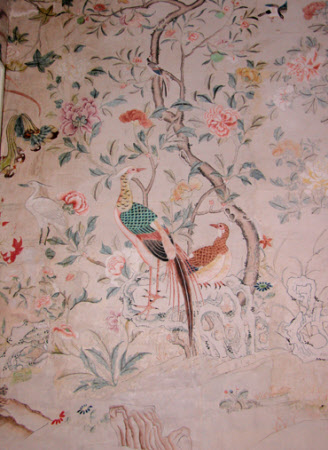 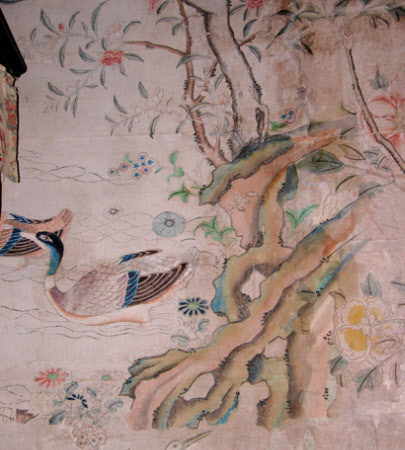 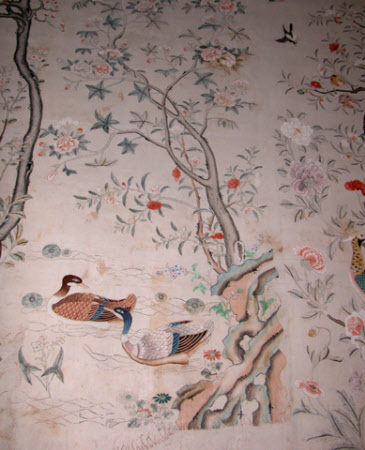 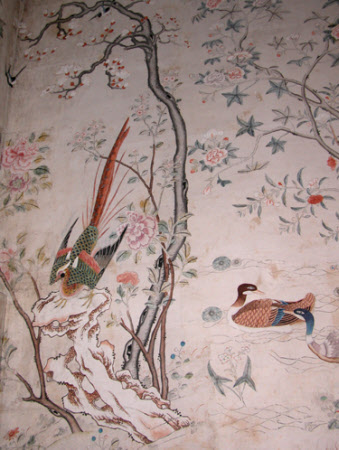 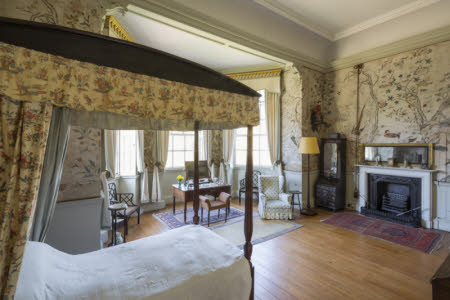 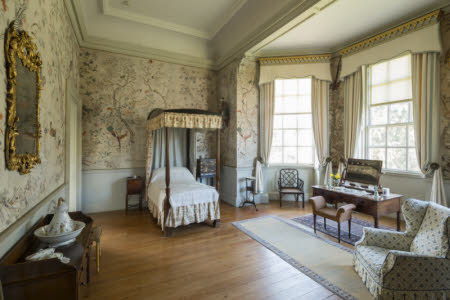 William Windham II was greatly annoyed at the cost of the specialist who came to hang the sixteen rolls of Chinese wallpaper in 1752; John Scruton charged ‘3s 6d per day while at Felbrigg & 6d per mile travelling charges which I think a cursed deal’.

Chinese wallpaper depicting birds, flowers, trees and rocks, the outlines woodblock printed, the colours added by hand, framed by a twisted and gilded rope fillet, in the Chinese Bedroom.

Some of the sheets in this wallpaper were printed from the same blocks as some of the wallpaper sheets at Ightham Mote (see NT 825922). Other sheets printed from the same blocks are at the Château du Fayel, Oise, France, at Oud Amelisweerd, near Utrecht, The Netherlands, and at Schloss Wörlitz, Sachsen- Anhalt, Germany. Some of the birds and flowers were cut out from other sheets and attached to the wallpaper, and the margins of the sheets were reduced, in order to visually integrate the bird-and-flower scenery. The wallpaper was hung on European hand-made lining paper which was pasted onto the plaster wall surface. See Emile de Bruijn, Andrew Bush and Helen Clifford, Chinese Wallpaper in National Trust Houses, Swindon, 2014, cat. 17, pp. 25–6; Emile de Bruijn, Chinese Wallpaper in Britain and Ireland, London, Philip Wilson Publishers in collaboration with the National Trust, 2017, pp. 58–61.

The wallpaper appears to have been supplied by the architect James Paine (1717–89) in 1751 and it was hung by the paper-hanger John Scrutton in the spring of 1752. It was bequeathed to the National Trust, along with the rest of Felbrigg Hall and its contents, by Robert Wyndham Ketton-Cremer (1906–69). In 1974 the drops on the north and west walls were removed for treatment and relining. The paper on the west wall was treated by Orde Solomons following an outbreak of dry rot in 1988, and in 2003 the paper on the south and east walls was removed, conserved and rehung by Sandiford and Mapes Ltd.