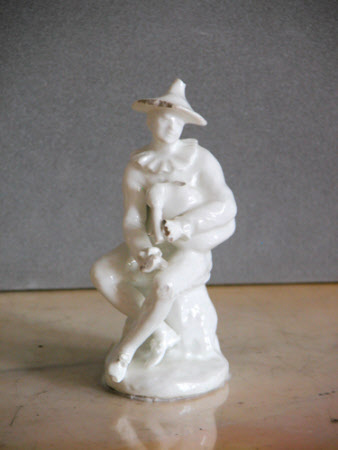 When it was first made the Harlequin would have decorated the dessert table. By 1872 there were about 30 similar figures grouped together on a table in the Cabinet, but today only two are left after most were sold at auction after World War 1 to raise funds for repairs to the house and estate.

Porcelain figure, Bow c.1752. White soft-paste porcelain figure of Harlequin seated as a bagpiper after a model by Kaendler of Meissen.