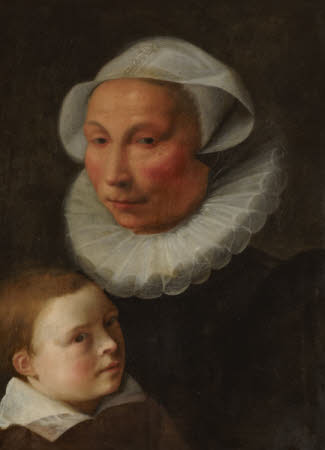 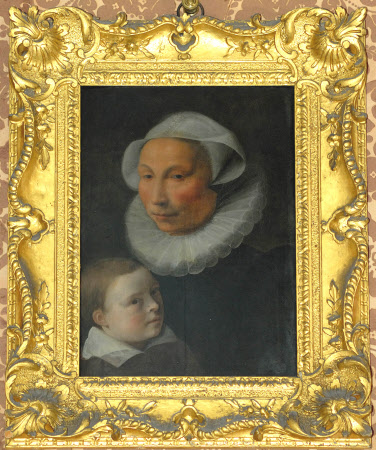 Oil painting on panel, Mother and Son, Dutch School, early 17th century. An elderly woman, head and shoulders, in white ruff and cap and black dress. The head of a small boy, left. The awkward composition suggests it has been cut down from a larger picture.

Recorded in Red Drawing Room, around 1815 - early 19th century hanging-plans, in the Great Drawing Room: '16. Woman and Child Cornelius Jonson [between the windows on the short wall]; purchased by the National Trust from the Trustees of the late R.J. Meade-Fetherstonhaugh, Esq. in 1978