An Evening Landscape with a Castle Ruin 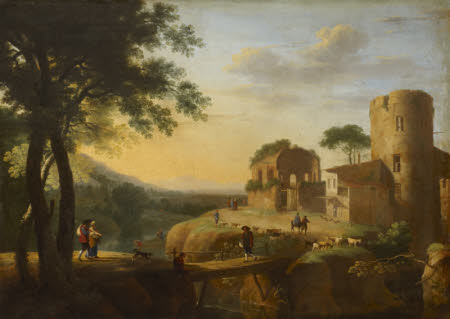 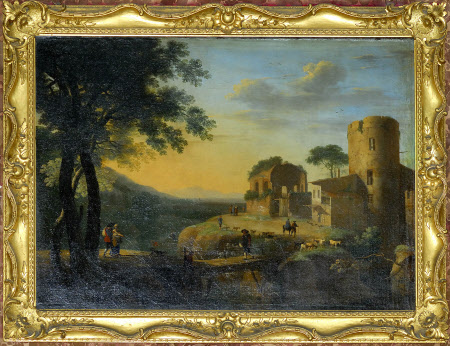 Oil painting on canvas, An Evening Landscape by Herman van Swanevelt (Woerden c.1600 - Paris 1665), signed and dated on rocks bottom mid left: H. Swanevelt f Paris 1649. A wooden bridge, crossing a small ravine, leads to a group of ruined classical buildings to which a podere has been added. In the vicinity are figures and a flock of goats and two peasants are approaching the bridge by some trees at the left. An Italianate scene painted in Paris by a Dutchman, of the kind popular with the English in the eighteenth century.

Probably acquired by Sir Matthew Fetherstonhaugh during his Grand Tour in 1749-51; accepted in lieu of tax on the death of Admiral the Hon. Sir Herbert Meade-Fetherstonhaugh (1875-1964) in 1965 and transferred to the National Trust by HM Treasury in September 1980