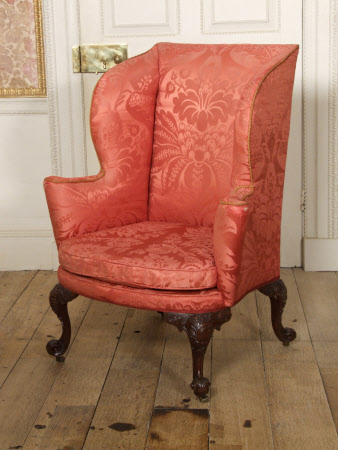 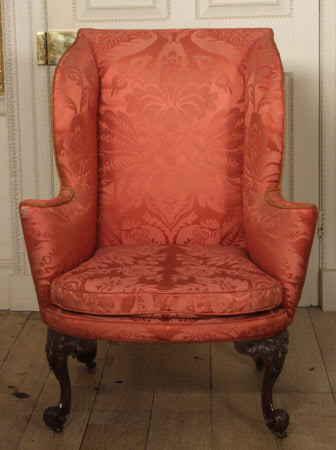 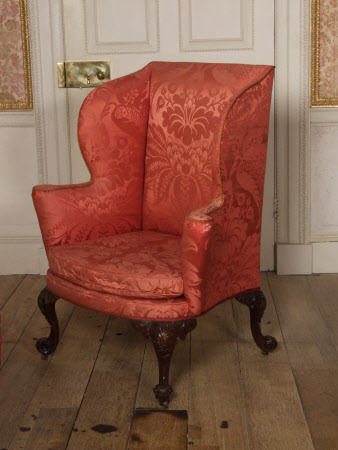 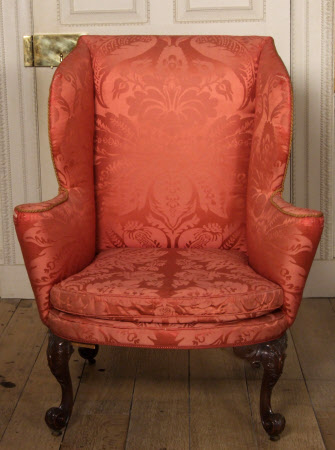 A carved mahogany wing-back armchair, circa 1755, from a pair, en suite with a pair of footstools, each with a rectangular upholstered back issuing padded wings, on four cabriole legs with carved foliate decoration to the knees and scrolling feet, covered in crimson damask. These seats relate to another set at Uppark, of ten chairs (NT 137688) and a pair of stools (NT 137693) although differences in the carving of the legs are noticeable. They were made from an elaborate design, in connection with Thomas Chippendale's Director, and according the standard of workmanship they must have been produced by a foremost maker. They were probably commissioned by Sir Matthew Fetherstonhaugh (1714-1774) following the remodeling of Uppark interiors. According to his account book he made payments to William Hallett, John Cobb and William Vile but unfortunately no evidence survived to allow for links to individual pieces at Uppark.

by descent; given to the National Trust in 1954 with the house and some of its contents by Admiral the Hon. Sir Herbert Meade-Fetherstonhaugh.