A View of Coughton Court from the West, before 1835 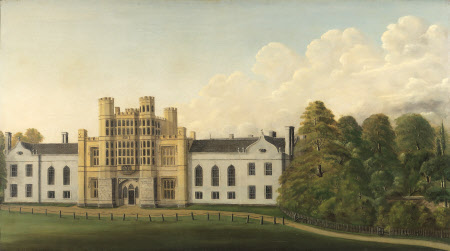 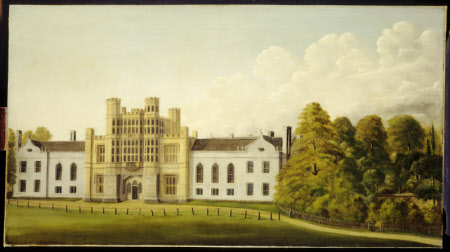 The early 16th – century gatehouse appears as it is today, with the exception of the door. The late 18th – century Gothic wings differ in having a pitched roof and Jacobean gables, which were removed in around 1835. The picture, which is by a provincial artist, can probably be dated shortly before the gables were removed.

Oil painting on canvas, A View of Coughton Court from the West, before 1835, English School, early 19th century.