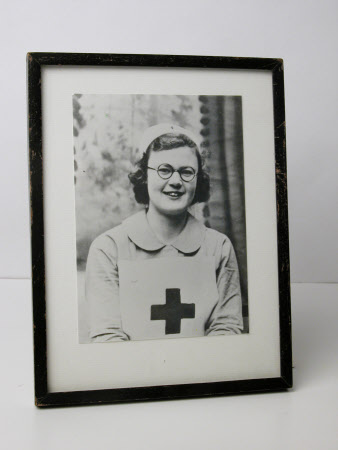 During the Second World War, Joan Lander became a local Red Cross Nurse, as her Aunt Dorothy had done before her in the Great War. Although nursing was not the occupation for which Joan was best known, she also qualified as a radiographer in London, a career she greatly enjoyed; items from her uniform are also to be found at Sunnycroft.

'H.J Whitlock and Sons Ltd' (printed in italics on paper beneath photo)