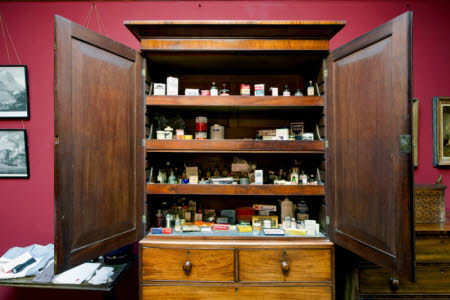 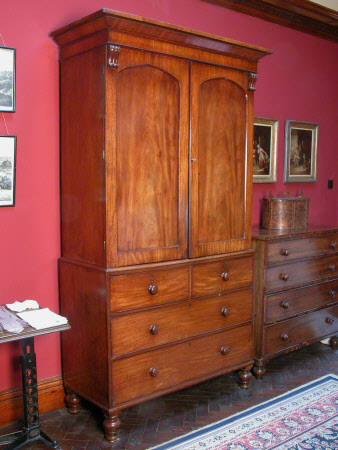 Need a cure for what ails you? You are sure to find it in here: this linen press is known as ‘the Medicine Cabinet’, as it houses the family’s large collection of lotions and potions dating back from the 1920s all the way to 1997. You might even recognise some brands including 4711 Eau de Cologne, Pepsodent and Soltan. Everything in here is original, even the smell.

A mahogany linen press, English, third quarter 19th century, the moulded cornice, above a pair of cupboard doors with arched panels, the upper outside corners of the doors with scroll-form corbels, the cupboard doors opening to reveal three sliding shelves, the lower chest section with two short above two long drawers, the drawers with turned knob handles, on four turned feet.