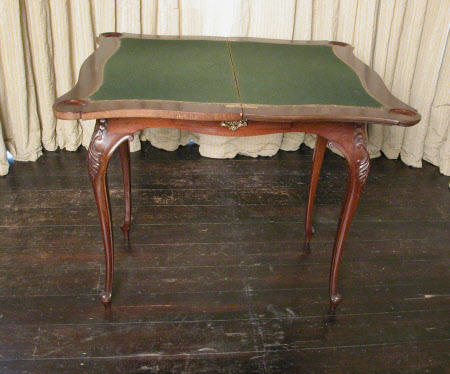 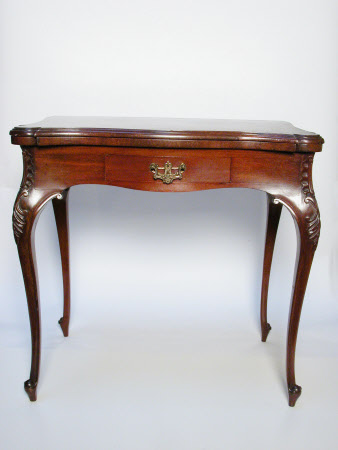 A mahogany serpentine fold-over card table, English, early 20th century, the shaped top with moulded rim, swivelling and opening to reveal a surface lined with green baize and gilt-tooled black leather, each rounded corner with a circular well, on four cabriole legs carved to the tops and knees with scrolls and foliage, the legs terminating in whorl feet, with a single frieze drawer with decorative brass escutcheon and handle.