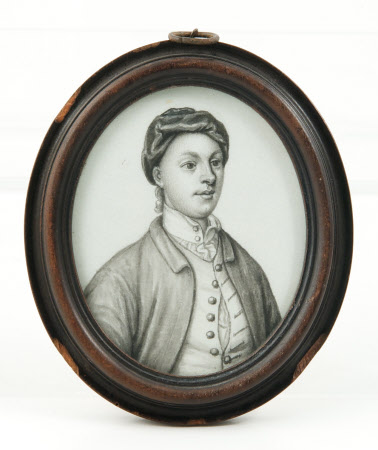 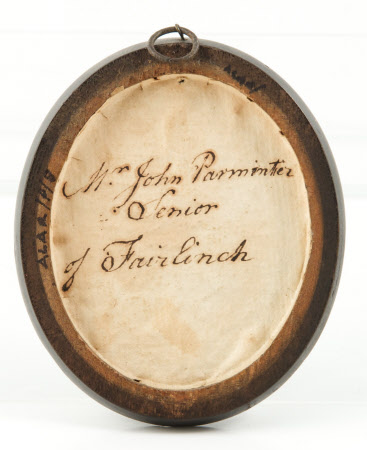 Plumbago on card or vellum

This fine plumbago drawing of John Parminter is attributed to the Scottish miniaturist James Ferguson. John owned a wine export business in Lisbon, but the great earthquake of 1755 ruined his business. He managed to market a form of quick-drying cement which was used to rebuild the city and soon restored the family fortunes. His daughter Jane would go on to build A la Ronde with her cousin Maryfollowing their return from a grand tour of Europe in the 1790s.

This miniature is very similar to the pen-and-ink drawing by James Ferguson of an unknown man, in the V&A museum, there dated to 1750-60 but possibly earlier. This drawing of John Parminter appears to be of the 1740s. John (b. 1712), second son of Richard (I) Parminter (d.1761) and Jane Lavington (1685-1761). He married in c. 1745, Jane Arbouin or Arboyne (b. 1712), and owned a wine export business in Lisbon, where their daughter Jane was born in 1750. The great Lisbon earthquake of 1755 ruined his business, but he managed to market a form of quick-drying cement which was used to rebuild the city, and restored the family fortunes. An oil portrait of him is in the Octagon room at A la Ronde (see NT 1313495).