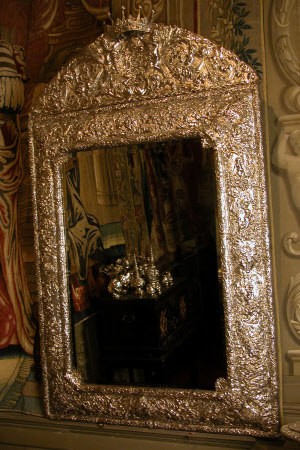 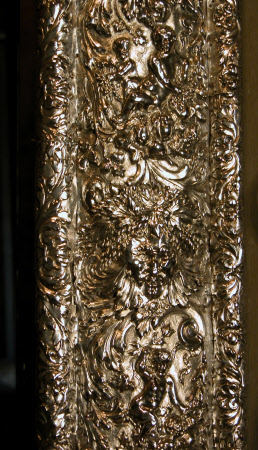 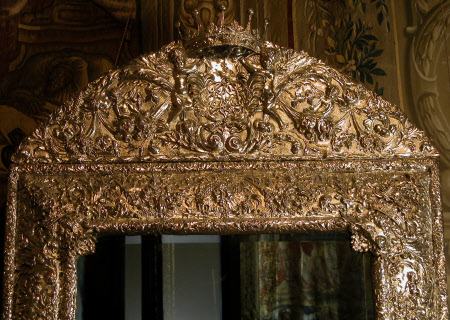 A silver mirror or pier glass with matching table and candlesticks – this set thought to be one of only two of their type in Britain, the other being in the Royal Collection.

A highly ornate Charles II pier glass with rectangular cushion frame, overlaid with sheet silver richly chased with garlands of fruits and flowers. The cresting bears an earl's coronet and cypher, flanked by putti. The mirror plate is modern, and no hall mark could be identified. The frame has been dated c.1676 and comes ensuite with a pair of torchères (130036.1 and 130036.2), dated 1676, and a piere table made by Gerrit Jensen, dated 1680-1 (130035). Following the fashion set by Louis XIV at Versailles, silver furniture was made in England after 1660 until about 1710. In France, every piece was melted down on the king’s orders in 1689 and afterwards to pay for his military campaigns. In England three major sets survive: two at the Royal Collection in Windsor Castle, which belonged to Charles II and William III respectively, and one at Knole.

Presumably acquired by Frances Sackville, Countess of Dorset together with two matching torchères, dated 1676 and a pier table, dated 1680.