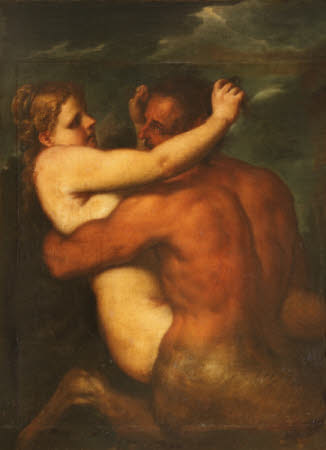 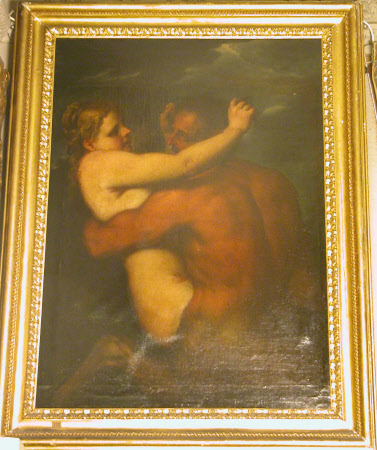 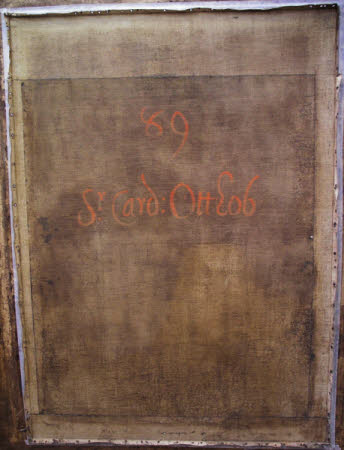 Oil painting on canvas, Deianeira and Nessus by Pietro Liberi (Padua 1605 – Venice 1687). According to the Roman poet Ovid's Metamorphoses, Hercules had to cross a river, swollen with winter rain, with his new bride Deianeira. Nessus the centaur offered to carry Deianeira across on his back. While Hercules swam across, Nessus tried to take Deianeira for himself. Hercules shot him in the back with an arrow. Before he died Nessus soaked his shirt with his poisoned blood and gave it to Deianeira telling her it would act as a love potion should she lose Hercules' affections. Later she sent the shirt to Hercules whose body was consumed with a searing fire.