Diana and her Nymphs discovered by Actaeon (after Titian) 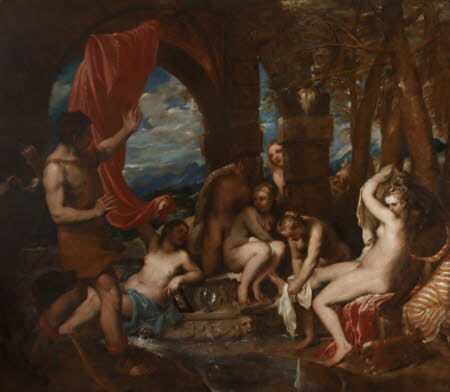 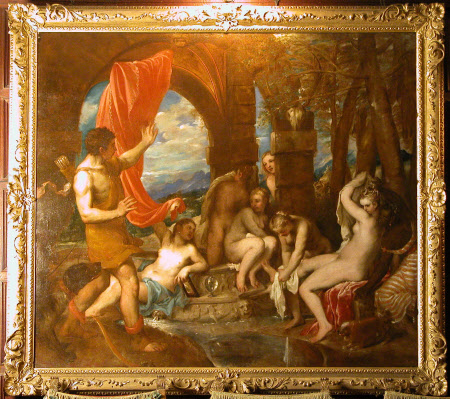 Oil painting on canvas, Diana and her Nymphs discovered by Actaeon, after Titian (Pieve di Cadore 1488/90 - Venice 1576). A pair to P/166. A copy after the original from the Duke of Sutherland collection and now owned by the National Gallery, London and the National Galleries of Scotland which was painted for King Philip II of Spain between 1556 and 1559 and belongs to a group of large-scale mythologies inspired by the Roman poet Ovid’s Metamorphoses.Titian himself referred to them as ‘poesie’ - the visual equivalent of poetry. Whilst out hunting, Actaeon accidentally happens upon the secret bathing place of Diana, chaste goddess of the moon and of the hunt, whose former prey hang above her head. The outraged goddess immediately avenges herself by transforming Actaeon into a stag to be devoured by his own hounds. Actaeon's fate is foretold by the stag's skull on the plinth. The conclusion of the story is shown in Titian's The Death of Actaeon in the National Gallery, London.