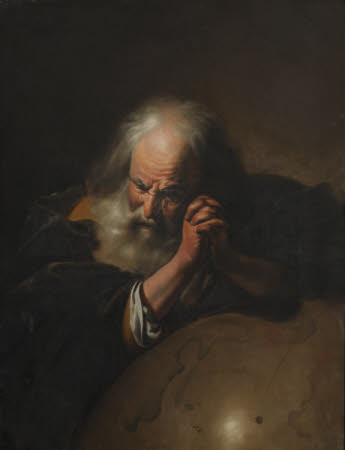 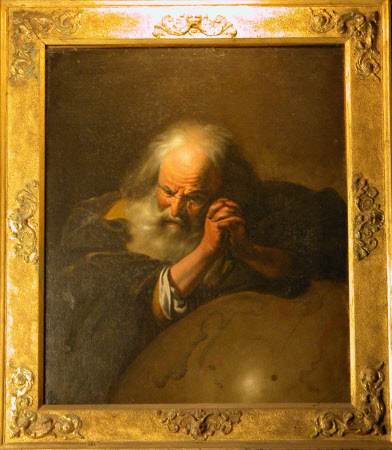 Oil painting on canvas, Heraclitus (c.550-489 BC): the' Weeping Philosopher' by Paulus Moreelse (Utrecht 1571 - Utrecht 1638) or attributed to Johan Moreelse (b. before 1594 -1634), signed with monogram. A head-and-shoulders view of an old grey-haired man, his hands clasped as though in prayer over a large globe on the right. A pair with NT 129861. Another, possibly superior version is in Shipley Art Gallery, Sheffield, acquired in 1980 and its pendant is believed to be that at the Mauristhuis, The Hague, although the gloces differ, whilst the same model seems to have been used in a signed painting in Centraal Museum in Utrecht.