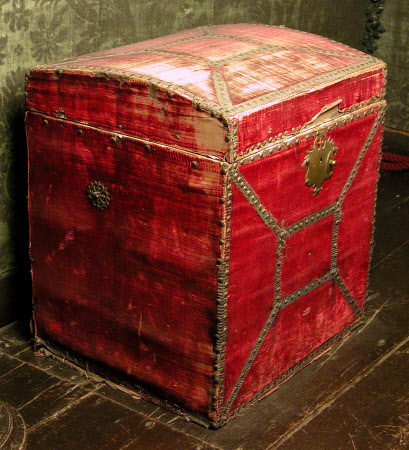 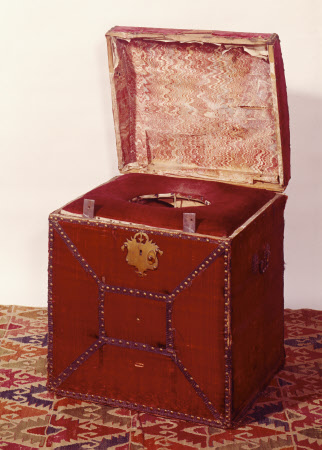 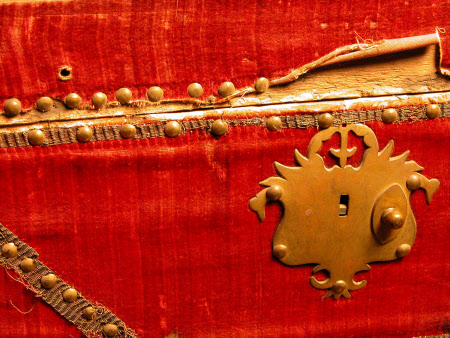 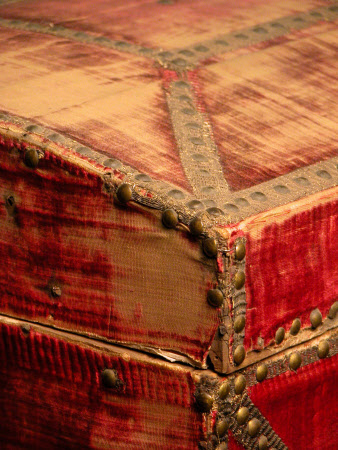 The Royal ‘Stool of Easement’ (an early form of ‘loo’, from the French ‘lieux d’aisance’) – thought to have been used by either Charles II or James II.

A very rare close stool with rectangular domed lifting top covered in crimson velvet and overlaid with braid bands and brass bosses, key escutcheon and carrying handles. The stool probably dates from the second half of the seventeenth century. Given its grand appearance, it could be yet another royal perquisite acquired from Whitehall Palace by the 6th Earl of Dorset in his capacity of Lord Chamberlain to King William III. It may have been used as a ‘royal seat of easement’ by either the two later Stuart kings, Charles II or James II, before being discarded during the reign of William III. The close stool would originally have had a pan or basin inside, probably made of pewter, with another as a replacement, for use while the first was being emptied.

Possibly acquired as a royal perquisite by Charles Sackville, 6th Earl of Dorset in his capacity of Lord Chamberlain to William III. Knole and the majority of its furniture were accepted by HM Treasury in part payment of death duties and transferred to the National Trust in 1946.