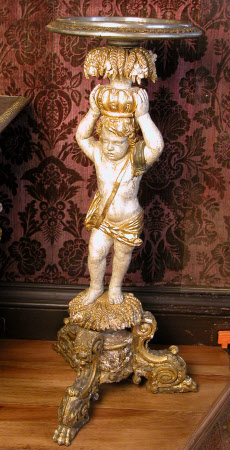 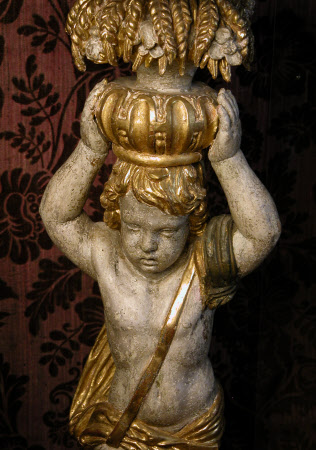 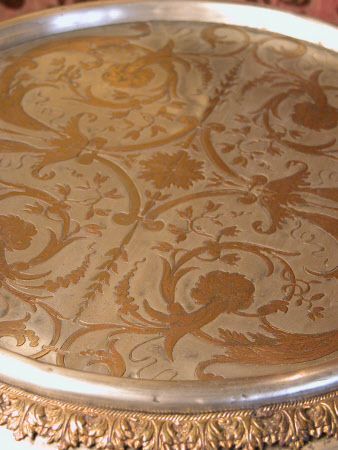 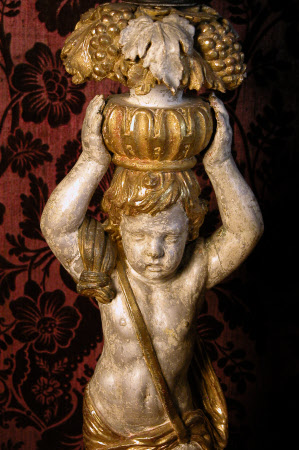 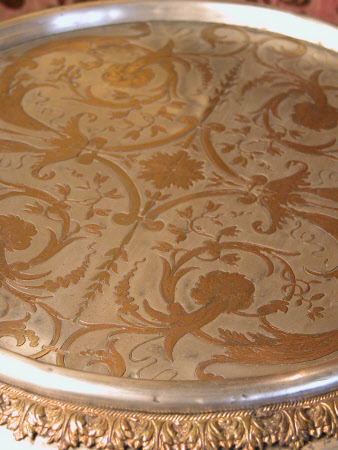 This is one of pair of carved gilt-wood torchères, in the form of putti on tripod bases, possibly representing Summer and Autumn from a set of four seasons, is thought to have been made in the workshop of the Flemish cabinet maker Pierre Gole (1620-84) in Paris around 1671. The carving itself is probably the work of the French sculptor Mathieu Lespagnandelle (c.1616-89), while the gilding is attributed to David Dupré. The Knole tradition is that this rare pair was given by Louis XIV to Charles Sackville, the future 6th Earl of Dorset, when ambassador to the French Court in 1669 and 1670, together with a gilt-wood table, also by Pierre Gole (129518). The Knole set is associated with a 1671 royal commission for two tables, four torchères and eight low stools in silvered and gilded wood. All three, Gole, Lespagnandelle and Dupré were mentioned in this document. There is, however, the complication that Sackville left Paris in 1670, the year before, so the part set may have been sent on by the king to Sackville or it may have come to Knole in some other way. It was first probably listed at Knole by 1799 and definitely in 1864.

Possibly presented to Charles Sackville, Lord Buckhurst (later 6th Earl of Dorset) by King Louis XIV of France. Knole and the majority of its furniture were accepted by HM Treasury in part payment of death duties and transferred to the National Trust in 1946.