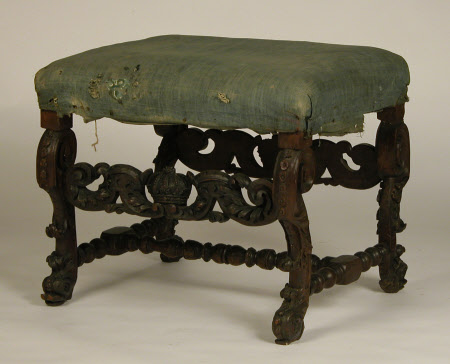 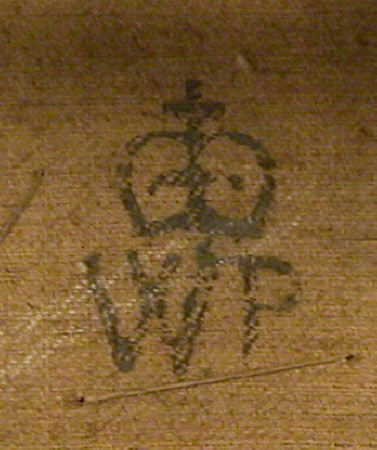 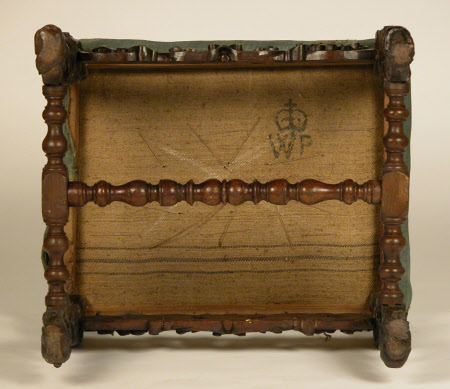 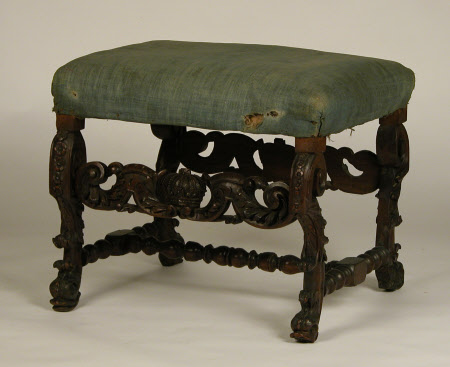 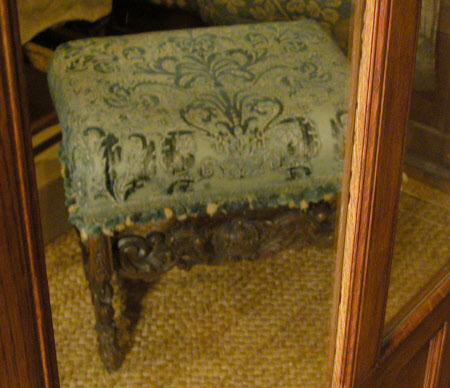 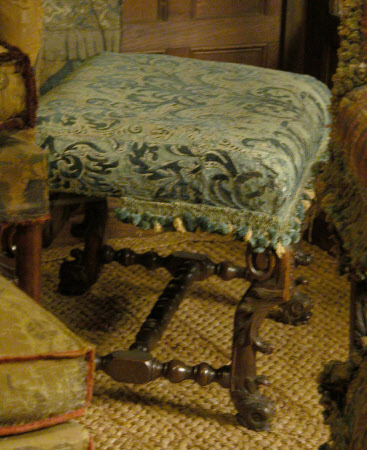 One of a set of six walnut stools, possibly by Thomas Roberts for King William III, c.1685-94, the legs carved with foliage finishing in dolphin head feet and joined with turned side and back stretchers. The finely cared apron centres in a royal crown. The seat pad is upholstered in blue silk damask, later covered in green Genoa velvet, which may be contemporary, but probably not original to the set; the webbing is stamped with ‘WP’ for Whitehall Palace, under a royal crown. The six stools form part of a set further comprising a pair of elbow chairs, equally at Knole (129423.1-2). The set was probably acquired as a perquisite by Charles Sackville, 6th Earl of Dorset, and Lord Chamberlain to William III between 1689 and 1697. Whitehall Palace was King William’s principal London residence. It was almost entirely destroyed by fire in 1698, leaving but Inigo Jones’s Banqueting House. The ‘joiner’ Thomas Roberts (fl. 1685-1714) supplied the court with seat furniture, fire-screens and beds between 1685 and 1714. He made the coronation throne of Queen Anne in 1702; his workshops in Westminster were appropriately called ‘The Royal Chair’.

Possibly a perquisite of office or a gift from William III to Charles Sackville, 6th Earl of Dorset, Lord Chamberlain, between 1689 and 1697. Knole and the majority of its furniture were accepted by HM Treasury in part payment of death duties and transferred to the National Trust in 1946.