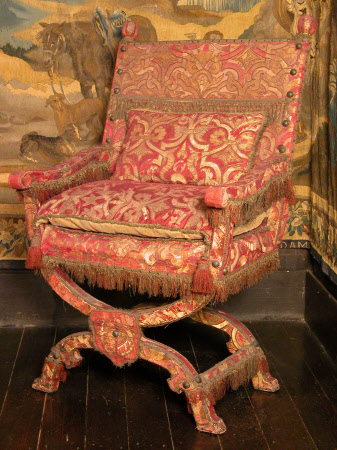 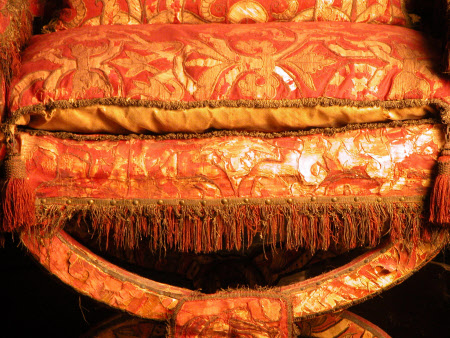 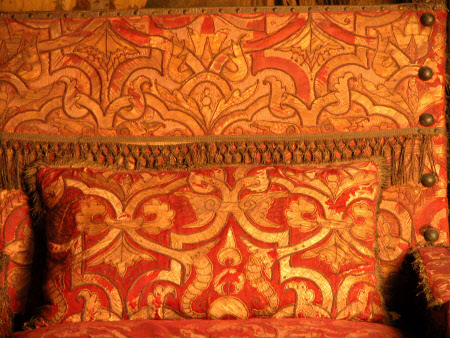 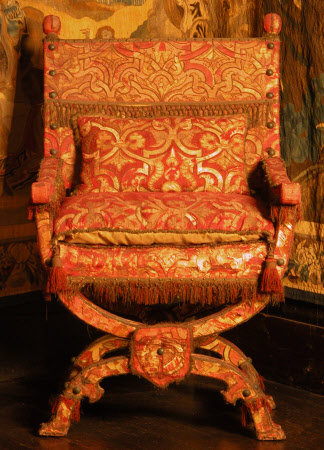 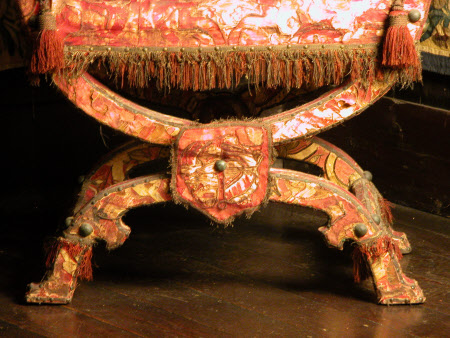 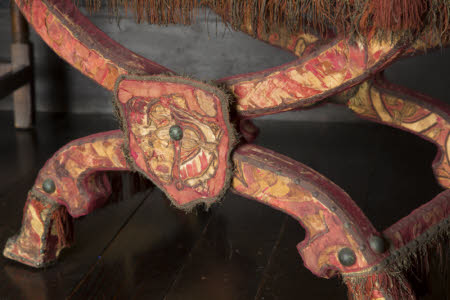 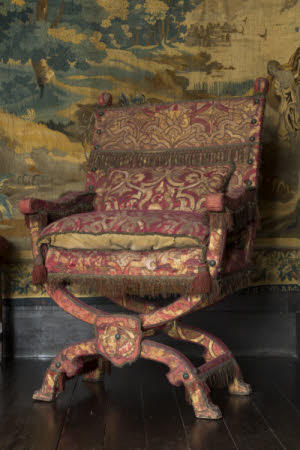 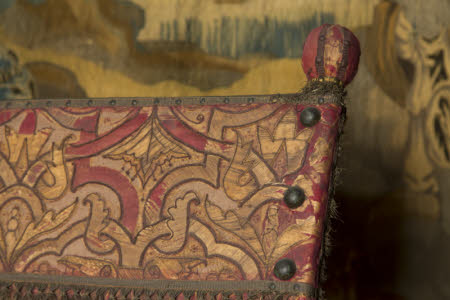 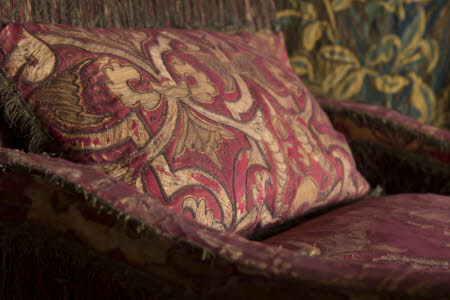 Wood upholstered in silk, gold and silver thread with spangles

Seventeenth-century X-framed armchairs – these were fashioned on the folding Roman military chairs taken on campaign. The chairs were used as thrones, from where the king of the day would give audiences.

An English x-frame chair of state, c.1620, with a stuffed seat and two large cushions en suite, and entirely covered in crimson and buff silk with an appliqué design set with spangles on a ground of red satin. The back is headed by egg-shaped finials banded with braid and studded with large gilt nails. The arms and seat are trimmed with a deep fringe. This chair is part of a larger suite, which comprises a four poster state bed, the so-called Spangled Bed (129462) and eight high stools (129464.1-7 and 129579), all covered with the same appliqué strap work textile.

Potentially acquired as a royal perquisite by Lionel Cranfield, 1st Earl of Middlesex, in his capacity of Master of the Great Wardrobe to King James I, or by his grandson, Charles Sackville, 6th Earl of Dorset. Knole and the majority of its furniture were accepted by HM Treasury in part payment of death duties and transferred to the National Trust in 1946.