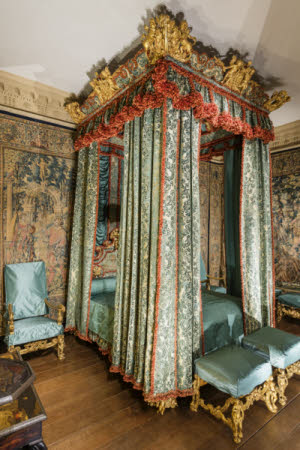 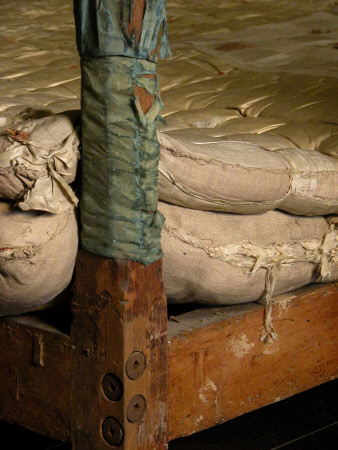 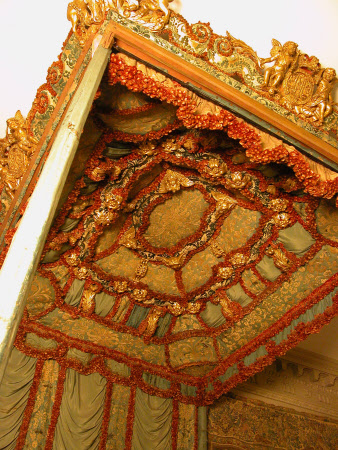 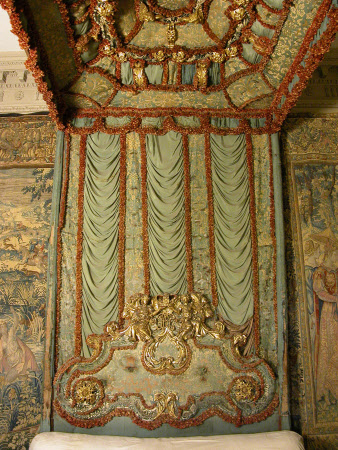 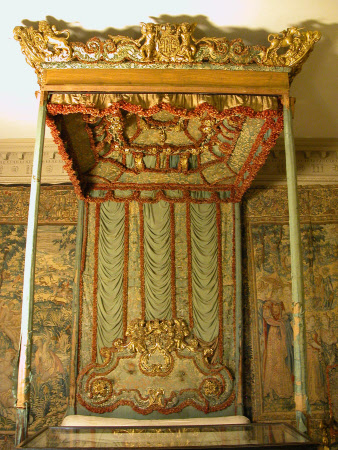 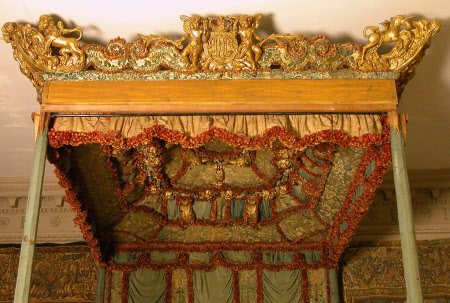 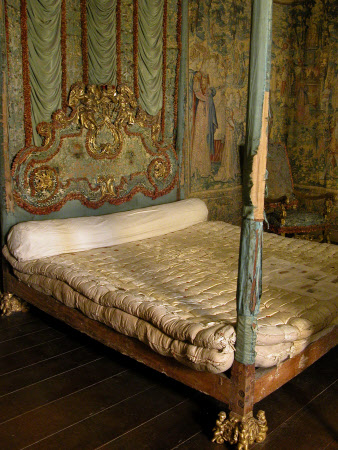 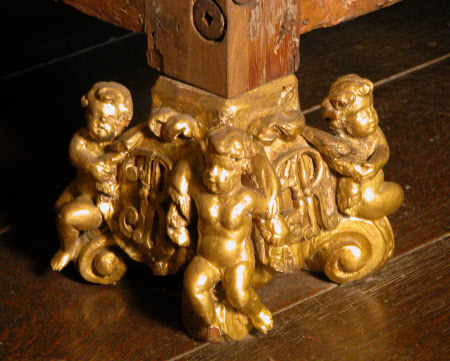 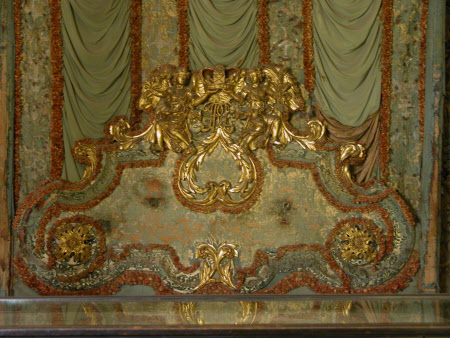 This impressive state bed was ordered by the Great Wardrobe for James II’s apartments at Whitehall Palace in August 1688 – only three months before the King was exiled to France. The richly carved and gilded bed, with fine hangings of blue-green Genoa velvet comes en suite with two armchairs (129448.1 and 129448.2) as well as six matching stools (129449.1-129449.6), forming one of the most spectacular and historically important sets of late Stuart furniture in existence. The carving, including James II’s royal cipher and the crown, lion and unicorn on the tester of the bed, was almost certainly executed by the joiner, carver and official royal chairmaker Thomas Roberts, who supplied the royal household with bed frames, seat furniture and miscellaneous items from 1686 onwards. The revolutionary events surrounding James II sudden departure from England in December 1688 may explain why the subsequent Wardrobe accounts, which might have revealed the name of the upholsterer, were never made up. The Huguenot Jean Poitevin is perhaps the most likely candidate, since he received most of the other large commissions of this sort during James II’s brief reign. Because it bears the cipher of James II, the bed was ‘entirely unsuitable for the new monarchs, William and Mary’, as Olivia Fryman put (Fryman 2014). Therefore, it must have been virtually new and untouched when Dorset claimed it as his perquisite around 1694.

Acquired as a royal perquisite by Charles Sackville, 6th Earl of Dorset in his capacity of Lord Chamberlain around 1694; first brought to Copt Hall, then to Knole in about 1701, where first recorded in 1706. Knole and the majority of its furniture were accepted by HM Treasury in part payment of death duties and transferred to the National Trust in 1946.