Diana returning from the Chase 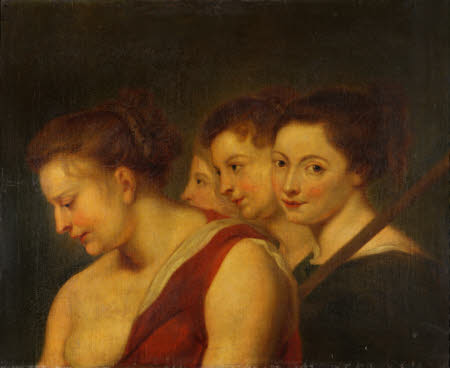 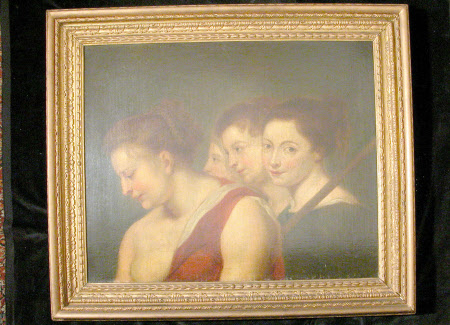 This is a detail from the original picture by Rubens in the Gemeldegalerie, Dresden. The original shows Diana and her nymphs carrying spoils from their hunt, whereas, to the left, Bacchic figures are shown carrying fruits of the harvest. Diana was a many-sided deity. She was goddess of the moon and a personification of chastity, but here she is shown as huntress.

Oil painting on canvas, Diana returning from the Chase, after Sir Peter Paul Rubens (Seigen 1577 - Antwerp 1640). This is a detail/fragment from the original in the Dresden Gallery, 1616.