A Woman holding Necklace and Flower 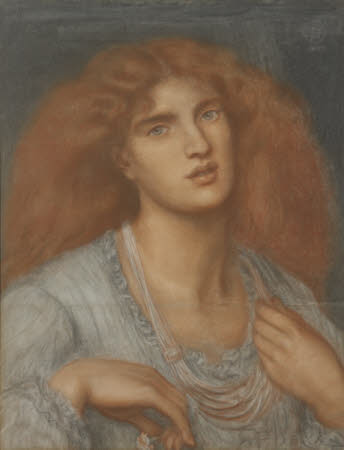 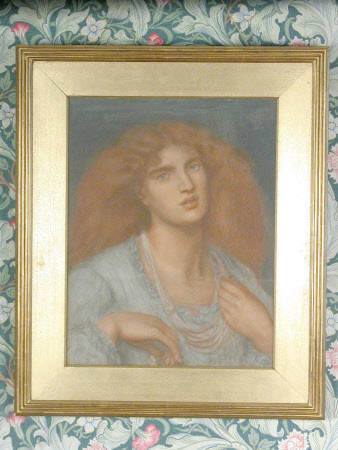 Coloured chalks drawing on two horizontally joined sheets of paper with pin holes to upper right and left. A Woman holding Necklace and Flower by Dante Gabriel Rossetti (London 1828 - Birchington 1882), monogrammed and date upper right: DGR 1867. The sitter may be Annie Miller, first discovered by Holman Hunt as a barmaid in a Chelsea slum and the model for his Awakening Conscience (1854, Tate). She also sat for Rossetti and George Price Boyce and posed for Rossetti's Helen of Troy (1863, Hamburger Kunsthalle). The pink in her hand may refer to her own marriage. By 1867 she had given birth to a daughter and a son.