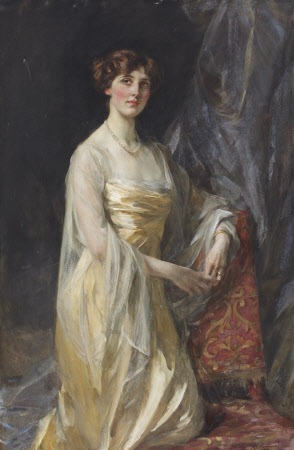 Lady Hastings was the daughter of Sir William Nevill, 1st Marquess of Abergavenny (1826-1915) and Caroline, daughter of Sir John Van-den-Bempde Johnstone, 2nd Bt., of Hackness Hall. She married Albert, 21st Baron Hastings (1882 – 1956) in 1907. Shannon was one of the foremost artists of the day. He arrived in England at the age of sixteen and came to be one of the most popular portrait painters of the day. He became a Royal Academician in 1909.

accepted in lieu of tax by H.M. Treasury and transferred to the National Trust in 2009.