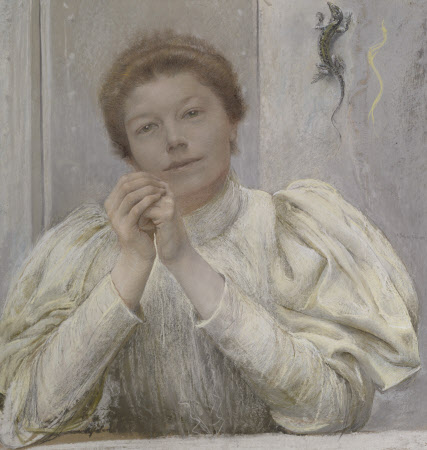 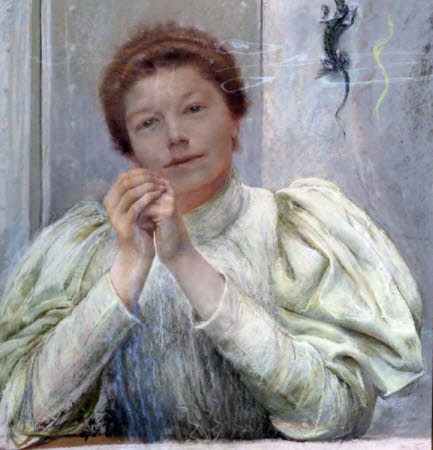 Charlotte Shaw was described by her friend Beatrice Webb as 'a large graceful woman with masses of chocolate brown hair' something which this lovely portrait of her captures perfectly. It was painted in Italy three years before she married Bernard Shaw in 1898. Charlotte was an intelligent, independent and passionate woman who supported Shaw throughout his life.

Pastel on board, Charlotte Frances Payne-Townshend, later Mrs George Bernard Shaw (1857-1943) by Giulio Aristide Sartorio (Rome 1860 -Rome 1932). 1895. A quarter-length portrait, elbows resting on a ledge, hands together and head resting on them, slightly tilted to her right. Hair swept back. Wearing white dress with mandarin collar and leg-of-mutton sleeves. A green lizard crawls up the white wall on the right.