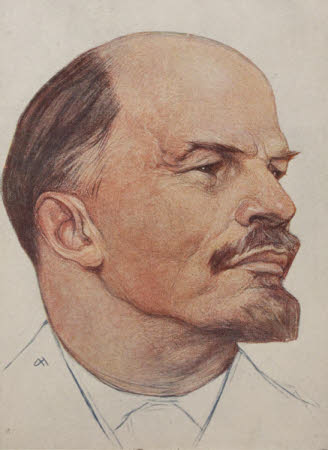 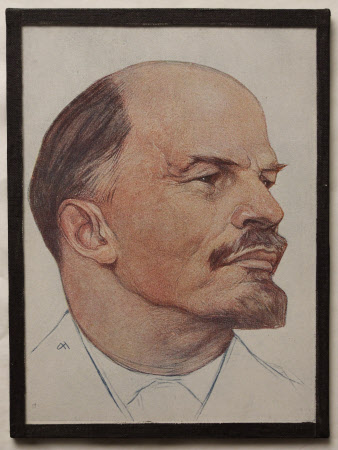 This framed print sits on the mantelpiece in the Dining Room at Shaw's Corner, alongside the picture of Harley Granville-Barker and other images arranged by Shaw to form a visual manifesto of his beliefs. Lenin represents Shaw's socialism and commitment to social change, with both men basing their philosophies on the works of Karl Marx - Shaw was very proud of the fact that he had read Marx before Lenin! Contrasting sharply with the images of Lenin and other prominent Communist figures, are prints of Gandhi and the playwright Ibsen, both major figures in Shaw's life. The final image is of Shaw's birthplace, reminding us where the great man came from and perhaps inspiring the visitor that we too can achieve great things if we follow our beliefs.