Actaeon fleeing from Diana and her Companions 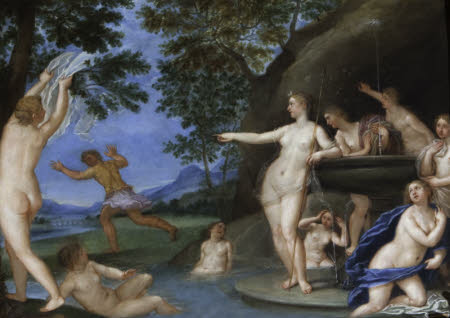 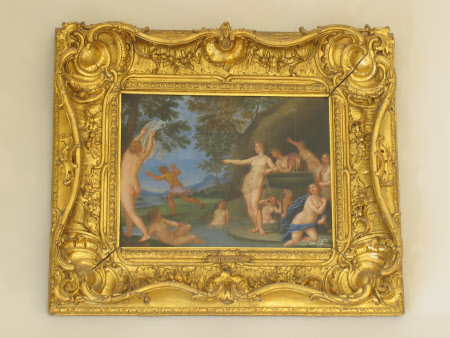 According to the Roman poet Ovid’s Metamorphoses, Actaeon, whilst out hunting in the woods, accidentally happens upon the secluded bathing place of Diana, the chaste goddess of the hunt, and her attendant nymphs. The outraged goddess immediately avenges herself by transforming Actaeon into a stag to be devoured by his own hounds. This is a copy after a lost original painting.

Oil painting on copper, Actaeon fleeing from Diana and her Companions, after Francesco Albani (Bologna 1578 - Bologna 1660). Mountain and woodlands scene depicting a group of naked women bathing around a fountain, one woman to left taking a white cloth from a tree as a man flees the area.