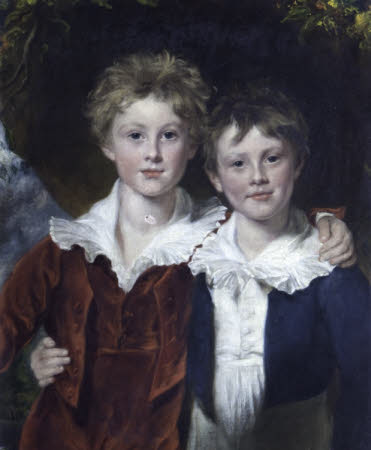 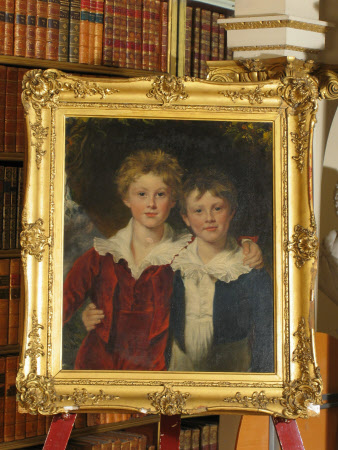 Oil painting on canvas, Thomas William Coke, later 2nd Earl of Leicester (1822-1909) and his Brother the Hon. Edward Keppel Coke (1824-1889) by Samuel Lane (1780-1859), circa 1830. Two half-length portraits of young boys, standing side by side, facing, gazing at the spectator, their arms round each other the one on the left wearing a red velvet suit with white frill-collared shirt and the younger one on the right wearing a blue jacket and cream trousers with a white frill-collared shirt. The two sons of the 1st Earl of Leicester and his second wife Lady Anne Keppel.