A Dog with a Still Life of Dead Game and Vegetables 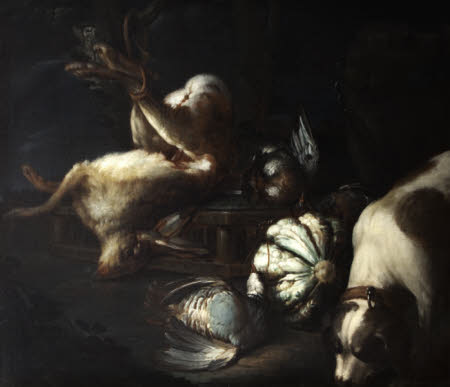 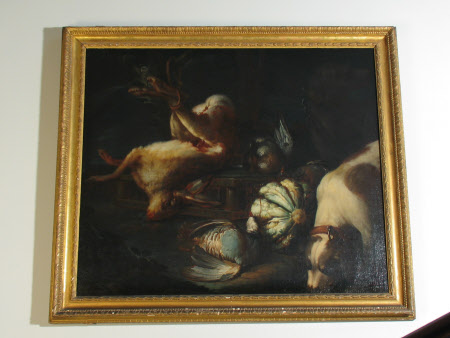 Oil painting on canvas, A Dog with a Still Life of Dead Game and Vegetables, after Candido Vitali (Bologna 1680 – Bologna 1753). The original was with the dealer Rafael Valls, London in 1987 (no. 39).